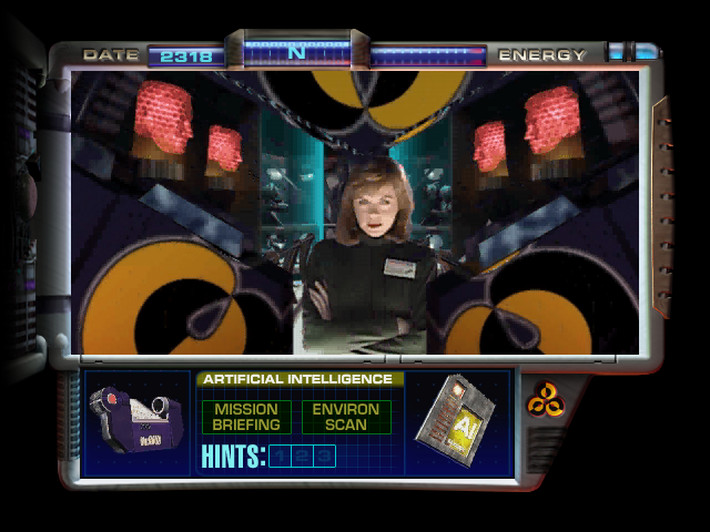 I make no bones about the fact that The Journeyman Project is one of my all-time favorite games. It’s a classic of its time, but apparently not resting on their laurels, Presto Studios produced an FMV-tastic remake in 1997. Sadly, it was only released for PowerPC Macs and, bizarrely, the Apple Pippin, leaving it to languish on a shelf of unplayable could-have-beens for nearly two decades.

Seventeen years later, The Journeyman Project: Pegasus Prime has been released for Windows and OS X! This is a big moment for a series that’s seen a tremendous word-of-mouth comeback thanks to fans and availability via GoG.com. I will always have a special place in my heart for the original Journeyman Project, but this redux gives the game a facelift and story overhaul that puts it in sync with the rest of the series. (Above is Agent 3, Michelle Visard, a key character who originally didn’t appear until the second game!) And now that Pegasus Prime is available for anyone with a modern PC or Mac (in contrast to the original, admittedly hard to get running nowadays), there’s no excuse not to play all of them.

As of this writing, Pegasus Prime is only $8.00 on GoG. Please buy a copy! Then buy everyone you know a copy!