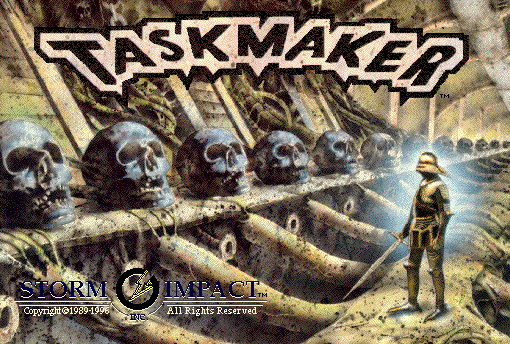 There’s a trick TaskMaker loves to pull where one tile in a wall looks slightly different than the others. It’s called a “passwall,” and if you spot one, you can walk through it into a hidden passage or shortcut. TaskMaker doesn’t treat them like secrets. They’re part of the tutorial, and sometimes they’re the only way to advance through the game.

Secrets like this are the language of David Cook’s eccentric role-playing game TaskMaker. END_OF_DOCUMENT_TOKEN_TO_BE_REPLACED 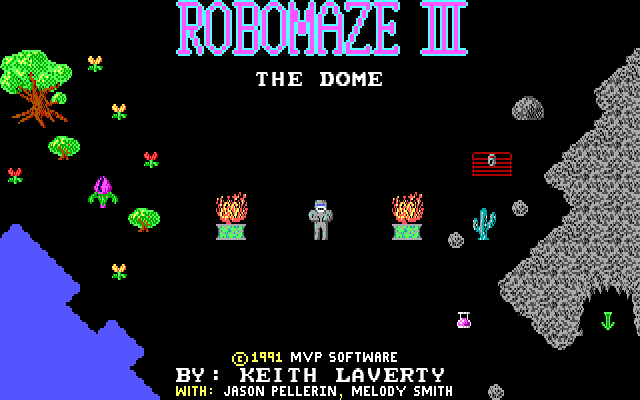 When we last joined our robot hero at the end of Robomaze II, he had liberated the Tower, where the totalitarian government was building an army of killer robots. Now he turns his attention to the Dome, another massive structure, home to the evil dictator himself. With one final mission to infiltrate the Dome, he can defeat them for good.

But the Dome is very different from the Tower. Robomaze II was set in a skyscraper with robots. The Dome is an overgrown mystical forest with witches, monsters, and soothsaying hermits. The robot’s armor powers don’t work out here, and for a contrived reason to start the game without a weapon, he accidentally left his gun back in the Tower. With no modern defenses, he’s gotta fight his way to the evil dictator with a sword.

That is quite a change. It’s almost the opposite of the last game – from a super-powered hero in a narrow building to a defenseless scavenger in the open wilderness. It becomes clear this was probably an excuse by the developer Wetware to make a game like The Legend of Zelda, a sprawling fantasy adventure with treasures and secret dungeons. (Only four years after the original Zelda game was released in the United States, at a time before this was a cliché, Robomaze III copied the opening scene where an old man in a cave gives you a sword.)

Yet despite the drastic flip in the style, Robomaze III still ends up repeating many of the problems that afflicted Robomaze II. END_OF_DOCUMENT_TOKEN_TO_BE_REPLACED