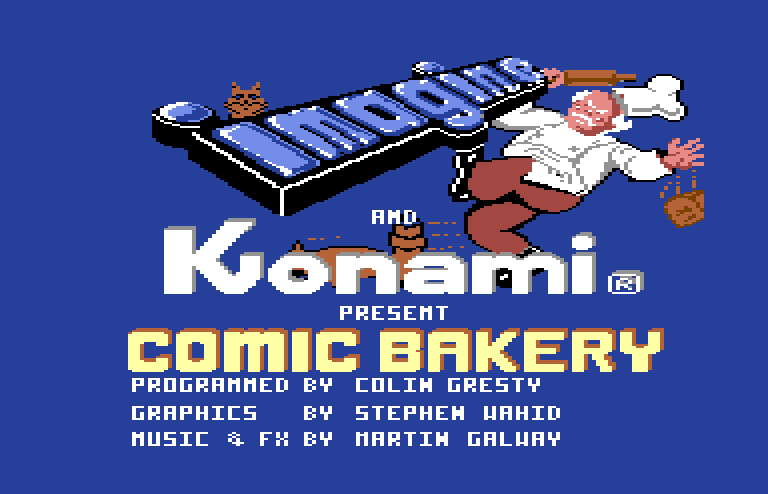 Comic Bakery is a strong entry in the extremely specific subgenre of “early computer games about animals causing problems.” You are the owner of a bakery that’s under siege from a horde of hungry raccoons, who are not only snatching your bread as it comes out of the oven but are actually turning off the bakery’s equipment when you’re not looking. It’s not enough to score some free food; they also want to put you out of business. 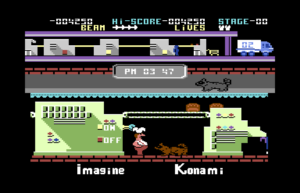 The bakery has limited supply today for raccoon reasons

Trying to save your bakery from the onslaught of hungry hungry raccoons is a completely hopeless endeavor. They keep coming back, crawling around in the ceiling and scooping up your delicious bread. When dinner time rolls around at 5 o’clock, you have to march out to the front of the bakery with whatever pitiful amount of bread you’ve managed to salvage and face the disappointment of your customers. It’s truly pathetic, and I have no idea how this place stays in business.

There’s something unnerving about these raccoons knowing how to operate machinery and using that knowledge to shut down the bakery. It would be one thing if it was a bunch of cutesy raccoons running around stealing loaves of bread and making a ruckus, but no, these are realistically drawn raccoons with an understanding of tools and malevolent intent. While funny, the game is also deeply weird in a way I don’t think the designers intended when they were going for slapstick mischief instead.

Today, Comic Bakery mostly seems to be known for the catchy title screen music from the Commodore 64 version. It would be even better remembered as a great companion to Aaargh! Condor, another game about people and animals trapped in a frantic, mutually destructive race to ruin each other. 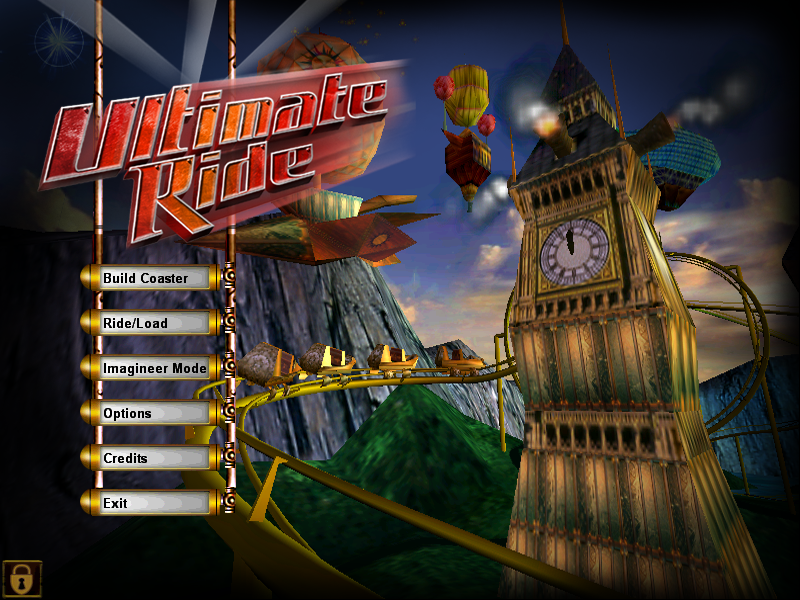 Out of all the games published by Disney, Ultimate Ride is the only one credited to Disney Imagineering – the legendary, secretive R&D division of the company’s theme parks.

Granted, Imagineering has designed their share of interactive experiences, notably the defunct, hyper-stylized digital indoor theme park concept DisneyQuest. And they didn’t actually develop Ultimate Ride themselves, besides giving their “support and guidance,” according to the credits. But if they felt comfortable putting the Disney Imagineering brand name on a video game, that reads like an endorsement. That makes Ultimate Ride even more interesting, because it’s a game where, like Imagineering, you design your own theme park rides. END_OF_DOCUMENT_TOKEN_TO_BE_REPLACED