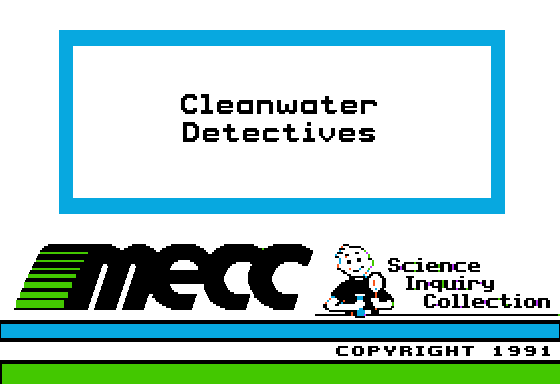 If you went to school in the United States in the 80s and 90s, and if your school had a computer lab, you probably played something by the Minnesota Educational Computing Consortium. MECC were the developers of beloved educational games like The Oregon Trail, the Munchers series, and Storybook Weaver, but that barely scratches the surface of their enormous library of software. Beyond their biggest hits, they put out a ton of low-key educational games that aren’t so well-remembered.

If you look through a catalog of MECC’s software for the Apple II computer, you’ll find games like Subtraction Puzzles, a game that teaches kids about subtraction, or my personal favorite, Salt and You, an interactive slideshow about the dangers of a high-sodium diet. That’s certainly a wide range of products! It goes all the way back to MECC’s origins as a state-owned organization, when they developed software for use in Minnesota schools. A game like Salt and You might not’ve been as exciting as Number Munchers, but teachers could easily fit it into their classes, and all things considered, it wasn’t a bad way to use a computer in the classroom in the 1980s.

One of those unassuming school-friendly products was Cleanwater Detectives, a science education game that MECC released in 1991. And while it’s not the sort of game that schoolkids fondly remember 30 years later, it gave teachers something that was still a bit of a novelty — a way to add some depth and hands-on learning to their science lessons by using a computer. END_OF_DOCUMENT_TOKEN_TO_BE_REPLACED