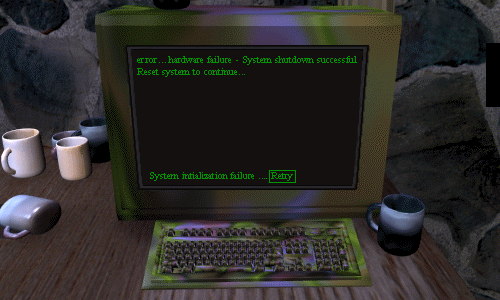 A string of events this month reminded me of the continued importance of making historical games available for anyone to play. I hammer on this point a lot, but the challenges and possibilities have been especially clear lately.

Last month, a university history professor researching the French Caribbean contacted me to learn more about Freedom: Rebels in the Darkness. I helped them set up an Amiga emulator; until then, they hadn’t been able to play the game themselves and didn’t know they could.

For most people, playing old games and software presents a unique challenge.

Some films and books come in a peculiar format. A novel like S. comes with dozens of pieces and inserts, and it can’t exist only as a PDF. David Lynch’s short film Six Men Getting Sick (Six Times) was meant to be projected onto sculptures. At the risk of oversimplifying, these are, for the most part, exceptions. Most every electronic device today can stream a movie, and nobody needs specialized or expensive equipment for that.

Software, meanwhile, is entirely dependent on format. A game designed for the Nintendo 64 will only run on a Nintendo 64. A computer game might rely on a specific graphics card that hasn’t been manufactured in decades. To play an older game, you need to have the old system or know how to use an emulator.

Earlier this week, Nintendo announced the Super NES Classic, a limited-run console that emulates Super Nintendo games. It costs $80, plugs right into most TVs, and works out of the box. Although we don’t know how closely it mimics an actual Super Nintendo, it’s a boon for people who might not have much experience with games and want to play notable titles from Nintendo’s back catalog without researching emulation software or wading into the costly game collecting market where a copy of EarthBound costs hundreds of dollars. But those people probably won’t be able to buy it in a year. Nintendo super-fans and nostalgists will devour this thing and cause it to sell out instantly; they’ve also been the first ones to decry it as inauthentic compared to owning the original hardware.

Asking people to use original hardware is impractical. Beyond availability issues and the price barrier, outside of a library, archive, or museum, we can’t expect someone to make room for a Windows 95 desktop computer or to figure out how to plug an out-of-date video cable into their home A/V system if they want to play a game that came out over ten years ago.

And as it stands now, the emulation route often isn’t more convenient. Assuming you know to seek out emulation software at all, setting it up can demand hours of experimentation, sifting through message forum posts, and browsing sketchy emulation websites. DOSBox, the de facto standard for DOS computer emulation, still uses arcane text-based settings, leaving third-party programs like D-Fend Reloaded to work around its major usability issues. I’ve spent days of my life configuring a PlayStation emulator, and it still isn’t perfect. How does a curious person without time, money, or technical skills address those problems? END_OF_DOCUMENT_TOKEN_TO_BE_REPLACED 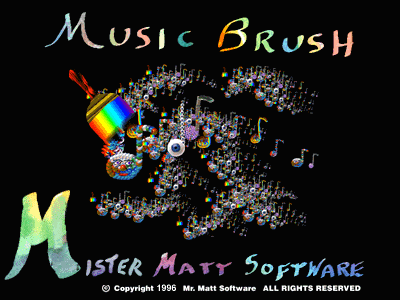 Painting can be a meditative experience, like in the shareware art program Music Brush. Child-friendly art software was hardly rare in the 90s, and Music Brush stands apart by focusing on the process – painting, motion, the rhythm of your brush – instead of the end result. Music Brush is all about how music interacts with that performance side of art, either in the form of an animation you can watch or as a way to collect your thoughts. END_OF_DOCUMENT_TOKEN_TO_BE_REPLACED