I don’t post about Kickstarters too often on here, just because of the extreme volume of retro revivals and similar projects. But this one is pretty special. New York-based digital art group Rhizome is attempting to preserve three CD-ROM games by developer Theresa Duncan – Chop Suey, Smarty, and Zero Zero – that were designed for girls ages 7 to 12. These games were released for Windows 95 and 98, a dark age for compatibility and emulation, and Rhizome wants to curate them for modern audiences. This combines two of my favorite things: Windows 9x CD-ROMs and diversity in gaming.

This is a really terrific cause, and it’s a great example of why obscure games matter. I had never heard of any of these games prior to this Kickstarter, and it excites me so much to know that they made a difference for young girls back in the day. We should be celebrating more of these creative, out-of-the-way games tailored to audiences that are usually overlooked by the industry at-large. They’re special, and they make the world of gaming a little bit brighter. More people should know about them! (Plus, CD-ROMs are super great.)

If you want to learn more about Theresa Duncan and her work, check out Jenn Frank’s article In a Field of ’90s Barbieland Wreckage, Chop Suey Got Gaming for Girls Totally Right.

(Thanks to Eli Abbott for alerting me about this!)

UPDATE: Rhizome has reached their goal! I’ll be sure to post an update once the project is complete some time next year. 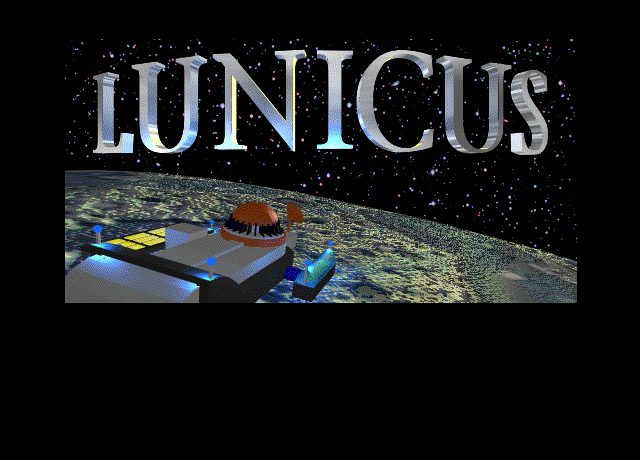 If you want to see the two diametrically opposed directions of games in 90s, look at The Dig and Doom. One is an adventure game with gorgeous visuals that fleshes out its narrative with character interactions and exploration. The other is a largely plotless first-person shooter that focuses on extreme speed and three-dimensional carnage. Both games succeed on their own terms, but their styles weren’t exactly compatible. At the time, many adventure games used pre-rendered scenery to convey detailed, elaborate settings and stories that were not otherwise possible, and they were, by necessity, a little clumsy. Games that don’t demand intense action can get away with this, but Doom needed to be slicker, quicker, and simpler.

Lunicus, the debut game from experimental developer Cyberflix, attempts to bridge these two worlds. Though primarily a first-person shooter, Lunicus borrows liberally from adventure games, using pre-rendered graphics, cinematic vignettes, and extensive narrative sections. Melding these once-opposed genres is a huge creative gamble, and unfortunately, it doesn’t quite work. But it’s at least an intriguing failure worth a post-mortem. END_OF_DOCUMENT_TOKEN_TO_BE_REPLACED

The most surprising quality of Win Elvis-n-Space is how relatively normal it is. If you replaced all the Elvis elements, you’d have a competent-but-messy miniature space exploration game in the style of Weird Worlds: Return to Infinite Space. But it’s not. This is a game about a mission to rescue Elvis from aliens. END_OF_DOCUMENT_TOKEN_TO_BE_REPLACED