It’s been a quiet month over here. I’ve been a little burned out recently – life is really hard right now! – so I’ve been taking a break again. I’ve also decided to try something new by writing articles in advance, rather than publishing everything as it’s finished, to give myself a longer runway of regularly scheduled posts. Hopefully this will help me write more consistently while this country’s health crisis keeps unfolding. Things should pick up again in a few weeks.

In the meantime, there’s a fun event next happening next week! I’m talking at this year’s virtual Mysterium, the annual Myst fan convention. Mysterium is one of my favorite events, and I’m excited to be presenting this year.

Like every event, Mysterium has been forced to move online, but that’s given them a chance to put together an incredible event program featuring a reunion with most of the major players in the Myst franchise, including Presto Studios’ Michel Kripalani and Phil Saunders, developers for Myst III: Exile and The Journeyman Project!

As part of Mysterium 2020, I’m giving a talk about multimedia CD-ROM games from the Myst era called “Ages Before Myst”! It’ll be a crash course for the Myst community on the games, software, and technology that led up to Myst, featuring games I’ve discussed on this blog including Hell Cab, Spaceship Warlock, Enchanted Scepters, and more. Myst was a milestone game, but it didn’t come out of nowhere, and it’ll be fun to share some of this historical context with the community.

My talk will be Saturday, August 8 at 6:30pm EDT on YouTube. For a full list of the events Mysterium has in store this year, check the official schedule. See you then! 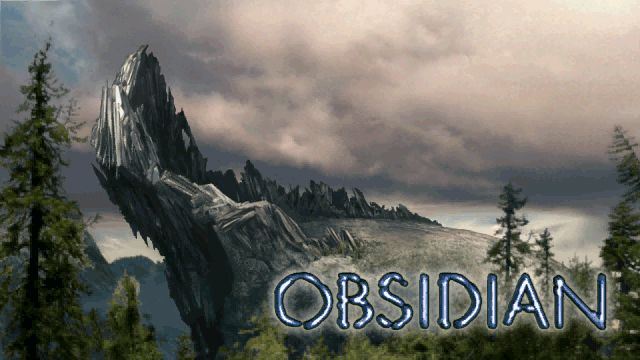 If you wanted to cut to the chase, you could say Obsidian is a game where a computer goes rogue and tries to destroy the world. There’s lots of stories like that, and technically, that’s where Obsidian ends up too, but the path it takes to get there is mind-boggling.

The longer version is that Obsidian is a game where a computer learns how to imagine, where dreams take on dizzying, literal form, and the end of the world is just a chance to reinvent it. Adventure games have a history of packing complicated puzzles into strange places, and using that same format, Obsidian asks the question whether it’s a good idea to dream at all. END_OF_DOCUMENT_TOKEN_TO_BE_REPLACED