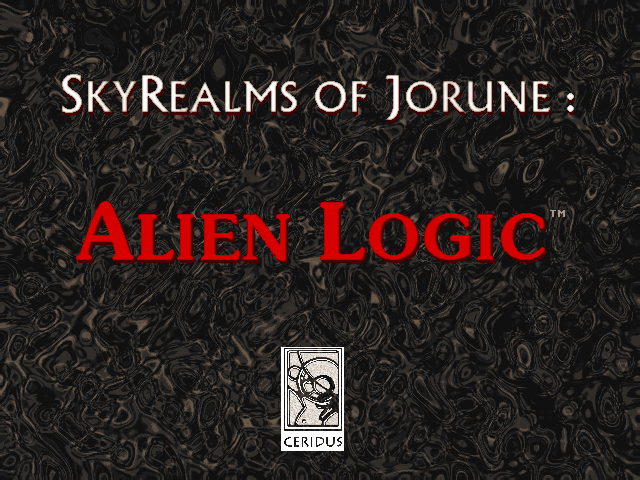 When you wake up on the planet Jorune at the beginning of Alien Logic, the first creature you meet is a Thriddle. They’re a species of alien scholars who live in the Mountain Crown, and it’s a good thing they found you, because there’s a lot to catch up on. Before you even have a chance to get your bearings, the game launches into a wall of exposition that covers the last 3500 years of history on this planet, including a sequence narrated by someone who sounds almost but not quite like Leonard Nimoy.

It’s pretty excessive, but the game certainly has a lot of material to cover. Alien Logic was based on an obscure tabletop role-playing game from the 1980s called SkyRealms of Jorune. It’s a deep, weird, and politically complicated setting, and not one that’s easy to step into.

Jorune is the star of Alien Logic, with a beguilingly weird cast of characters and stories, so it’s surprising how little time on the whole we spend with them. Alien Logic is not by an stretch a traditional role-playing game. How does a world like Jorune fit into a game like that? END_OF_DOCUMENT_TOKEN_TO_BE_REPLACED