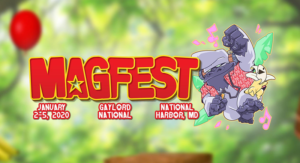 I’ve been posting a lot of updates and announcements this month because I’ve been busy on special projects… and here’s a big one!

I’m excited to announce that the video game history panel track is coming back to Super MAGFest 2020! Super MAGFest will be held January 2-5, 2020 in National Harbor, MD.

The game history panels were a big success at MAGFest this year, and we’re bringing together another incredible lineup of historians, archivists, and curators to talk about their work. Come learn about the untold corners of gaming history! END_OF_DOCUMENT_TOKEN_TO_BE_REPLACED 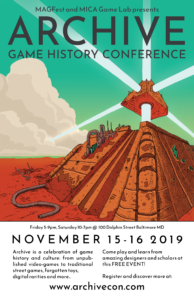 Right on the heels of the charity stream, I have another event coming up! This weekend, I’m speaking at ArchiveCon, a new event in Baltimore hosted by the Maryland Institute College of Art Game Lab.

In coordination with MAGFest, ArchiveCon is hosting a series of talks on video game history, preservation, and culture, as well as a freeplay game area. I’ll be speaking alongside great folks from the Video Game History Foundation, the Museum of Play, the Library of Congress, PBS Kids, and the Interactive Fiction Technology Foundation.

I’m giving a talk on Saturday, November 16th at 1:45pm about the history of Maxis and how their philosophy of curiosity in game design shaped the company. We’ve been asked to leave plenty of room for Q&A, so have your burning Maxis questions ready.

The event is totally free and open to the public. If you’re in Baltimore this weekend, say hello! 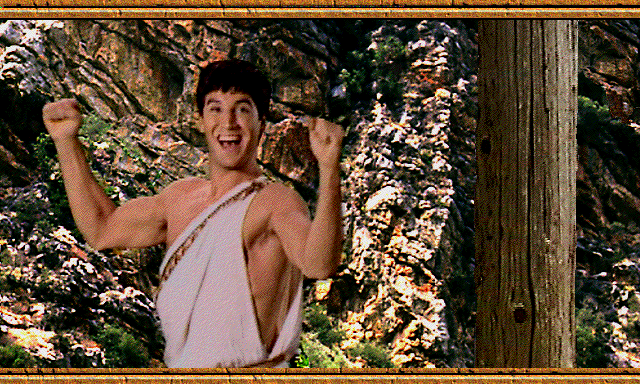 Screenshot from Wrath of the Gods

The 2019 Charity Tea Party Marathon has come to an end, and two days later, I’m still blown away. Counting $175 in matching donations from employers, thanks to your generosity, we raised a grand total of $1799.89 for Trans Lifeline!

(UPDATE: one of my coworkers couldn’t donate during the stream but pitched in another $25, raising the total to $1824.89!)

Back during the charity marathon in 2016, we raised $200. This year, I optimistically set our fundraising goal for $400 (which I bumped own from $500, thinking that would be too much). We raised over four times the original goal. That money is going to make a tangible difference in people’s lives, and because we beat the ambitious stretch goal of $1000, your donations also required me to play Murder Dog IV: Trial of the Murder Dog.

One other thing I’m proud of is that I made a point this year to take better care of myself. I took regular breaks for food and rest, and I managed to make it all the way to midnight in good health. It was still exhausting, but I was happy to treat myself better and, hopefully, set a positive example!

While I was recovering from the 15-hour marathon, I went back through your donations and the messages you left. I’m overwhelmed by your generosity and support, both for Trans Lifeline and for the event itself. Writing here can feel like broadcasting into the void sometimes, so it means a lot to see folks come together and support each other in a tiny space we’ve been able to carve out for being curious and genuine and drinking an astronomical amount of tea. (Over the course of the stream, I drank about one gallon of tea.)

Thanks again so much for watching and donating.

Just for fun, here’s a list of the hot beverages I drank during the stream. Maybe you want to try some!