Welcome to The Obscuritory, a blog about odd, lesser-known games and software. 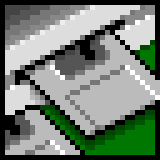 Through the 80s, 90s, and early 2000s, rapid technological changes – like the availability of home computers, the CD-ROM, multimedia tools, and online distribution via Usenet, shareware websites, and internet communities – led to a boom in creative, unusual games and software, big and small, sometimes created by whole production teams or sometimes just one person.

They were games that played around with weird ideas, ambitious experiments and misfires, homemade versions of more popular titles, small games from big companies, elaborate home productivity software, multimedia showcases, interactive movies, fangames, personal goofs, and other misfits that fall outside the lines.

Most of these were overshadowed by bigger names like Nintendo and Sega even at the time they were released. Now, they’re less than footnotes. Many are unplayable on modern devices without technical workarounds, if they’re not totally unavailable. They’ve been paved over in service of a cleaner and less truthful version of gaming and computer history.

Revisiting the history we’ve thrown out opens us up to ideas and stories we didn’t know existed. These games can still surprise, excite, entertain, and inspire. They deserve another chance to thrive. 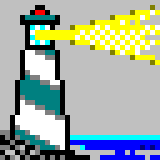 This blog is a living account of my experiences digging into this lost period. The posts here cover my impressions of the games, their genres, and the era, plus broader questions about preservation and what we decide to include in history. Maybe we’ll learn something along the way!

The goal of The Obscuritory is reappreciation. There’s more to old games than nostalgia or mockery! Every game and program is worth considering, which means approaching them sincerely and accepting their out-of-date parts in context. I think curiosity is an important way to make the world more welcoming, and I want this place to contribute to that.

Programs typically considered separate from (or tangential to) gaming are up for discussion too. Educational software, multimedia art, and reference CD-ROMs are informed by the same era and are equally valid forms of interactive media. And they present a different, forgotten perspective on the direction of that format. 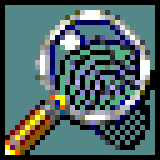 I want to write about games that are:

One of the focuses of this blog is learning the history behind these games and their developers. Their experiences offer insight into the history of game production, especially from those who took unconventional paths into development or have since moved on to other careers. See the “history” post tag for articles with historical research and the “developer commentary” tag for stories from the designers themselves!

I’ll also write essays about these games and all these topics. Subjects and length will be all over the place.

Want to play old obscurities yourself? Check out the Resources page for advice on finding games and running them on modern devices.

I’m Phil Salvador, a librarian based out of the Washington, DC area — and since 2022, the Library Director at the Video Game History Foundation! (This blog is my hobby project, and nothing published here speaks for my employer.)

I love playing and sharing strange, unknown games, and I love connecting with people who enjoy them too. Please drop me a line if you enjoy the stuff featured here!

One of the greatest powers of bygone video games and software lies in their ability to inspire the next generation of dreamers. So, keeping old games in a drawer is not enough; they must be dusted off, booted up, played, enjoyed, discussed, and, importantly, remembered.