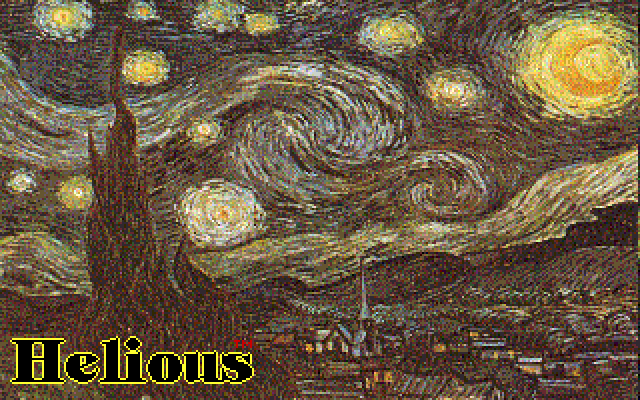 The developer of Helious claimed he didn’t actually make the game himself. He got it from aliens.

In the introduction to Helious, designer Sean M. Puckett said he was visited by a UFO at his home in Florida on a stormy night in May 1993. A column of green light opened outside, and an alien stepped out who looked exactly like him. He fainted in shock, and when he regained consciousness, the game had mysteriously appeared on his computer. The instructions for the game are written like an archaeologist’s notes trying to decipher how it’s played. Puckett said he added an intro screen and audio effects, but otherwise, he claimed the game is presented as-is, with clashing, disorienting graphics and everything written in an indecipherable runic alien language.

It’s a pretty great story, and the game uses it to make itself more interesting. Helious is bizarre, but it’s a calculated sort of bizarre. 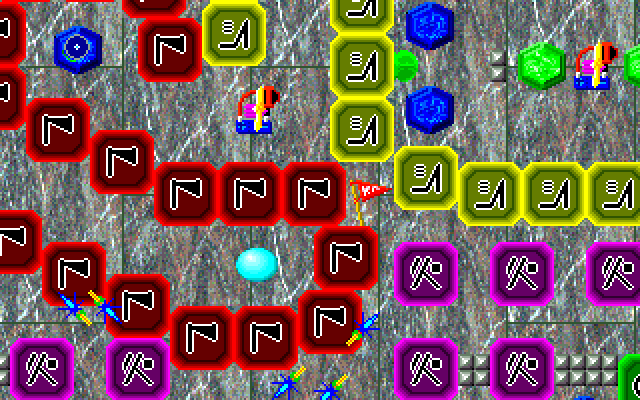 Looking past the jarring visuals, it’s actually a fairly normal maze game. You control a ball that glides around by releasing air like a balloon. With a limited amount of air in the ball, you have move cautiously while collecting gems and avoiding traps. Some passages are too small to pass through until you’ve released enough air, which adds some order and strategy to how you move around the maze. It sounds simple because, surprisingly, it is simple.

The difference is that Helious tries to make it as unintuitive as possible. The game purposely underexplains itself, and it avoids a conventional user interface in favor of geometric icons with vague descriptions. The ultimate goal is to learn all the glyphs in an alien password, which would’ve been easy to remember if it was a human alphabet, but it’s much harder to memorize a bunch of weird symbols.

The game really does feel alien at first, but the effect quickly wears off once you realize what type of game it is. It’s a good example of the different ways something can be “weird.” There are games like Knights of the Crystallion or Eastern Mind that disorient the player by placing them in a completely different world with its own value system to learn. On the other hand, something like Helious is more like a weird overlay on top of a familiar concept.

You can imagine what the plain, non-alien version of Helious would be like, and it’s entirely possible it started out that way too. The weirdest thing about Helious – a game made to look like it was designed by aliens – might be how normal it is!

A close look at SimRefinery 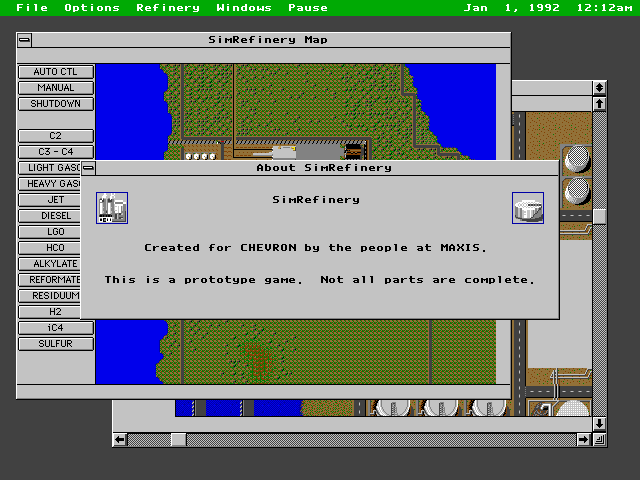 Two nights ago, a reader on the tech news site Ars Technica named postbebop uploaded a copy of SimRefinery to the Internet Archive. This is incredibly exciting news, and it’s given us our first chance to take a closer look at the game. SimRefinery was not fully completed by Maxis, and we can learn a lot about the game from the state it was left in. Based on my research, I want to add some context and explain what some of the peculiarities the game might say about its development.

Additionally, science journalist Maddie Stone got in touch with another former Chevron engineer, who provided a copy of the game’s “Tour Book,” as well as a guide document by Maxis Business Simulations and an academic article from UC Davis and Chevron about the educational use of SimRefinery.

Between the game and these new documents, we have a lot more we can learn about SimRefinery! Let’s take a look. END_OF_DOCUMENT_TOKEN_TO_BE_REPLACED 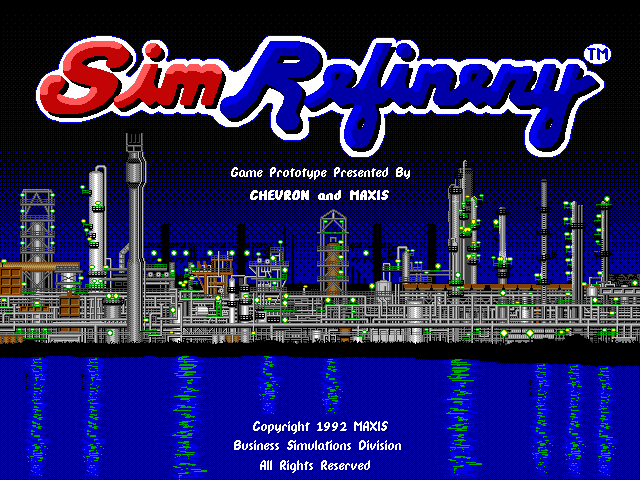 Never say never! Thanks to a reader on Ars Technica and an anonymous chemical engineer, a working copy of SimRefinery has been successfully recovered.

Two weeks ago, I published my long-in-the-works article about Maxis Business Simulations, a division of SimCity developer Maxis that made simulation games for businesses. It was the culmination of four years of research, and I’m very proud to share their story.

One of the games they produced was SimRefinery, an oil refinery simulation for Chevron. Very little was widely known about the game until now, and the article kicked off a wave of interest in SimRefinery that seems to have reached beyond gaming circles. Shortly after the article was published, it was picked up by the tech news site Ars Technica, where one reader, postbebop, reported that they knew a retired chemical engineer who worked at Chevron, who confirmed that he owned a copy of the game. postbebop walked the engineer through the process of reading the data from the original floppy disk, and he was able to create a digital copy.

They’ve uploaded the game to the Internet Archive; you can download and play it here. Huge thanks to postbebop for making this happen. (Note: By request from the uploader, the original copy of SimRefinery is currently offline. It’s been re-uploaded elsewhere on the Internet Archive already, but I’ll keep the original link here in case it’s restored in the future. Please be patient with the folks involved.) 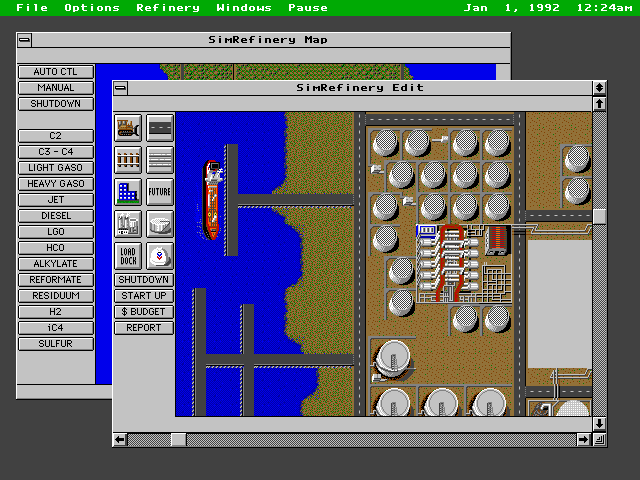 I haven’t had a chance to play SimRefinery yet besides grabbing the screenshots for the article, but I genuinely did not expect anyone would still have a copy of this game. I’ll write a post with a close-up look at SimRefinery soon.

It’s so exciting to finally be able to play SimRefinery, and it’s worth remembering that this is one piece of a larger historical picture. It’s a big piece, for sure, but it means so much more when we have the historical context around it. Gaming history is more than just a collection of games; it’s about what they meant to the people who made them and played them. To learn more about Maxis Business Simulations and the people behind the company, please check out the full article!

With that said, this is cause for celebration. I am incredibly grateful and humbled that folks enjoyed the article enough that it gained enough traction for this to happen. Thank you to everyone who has supported me and The Obscuritory over the years and made this possible.