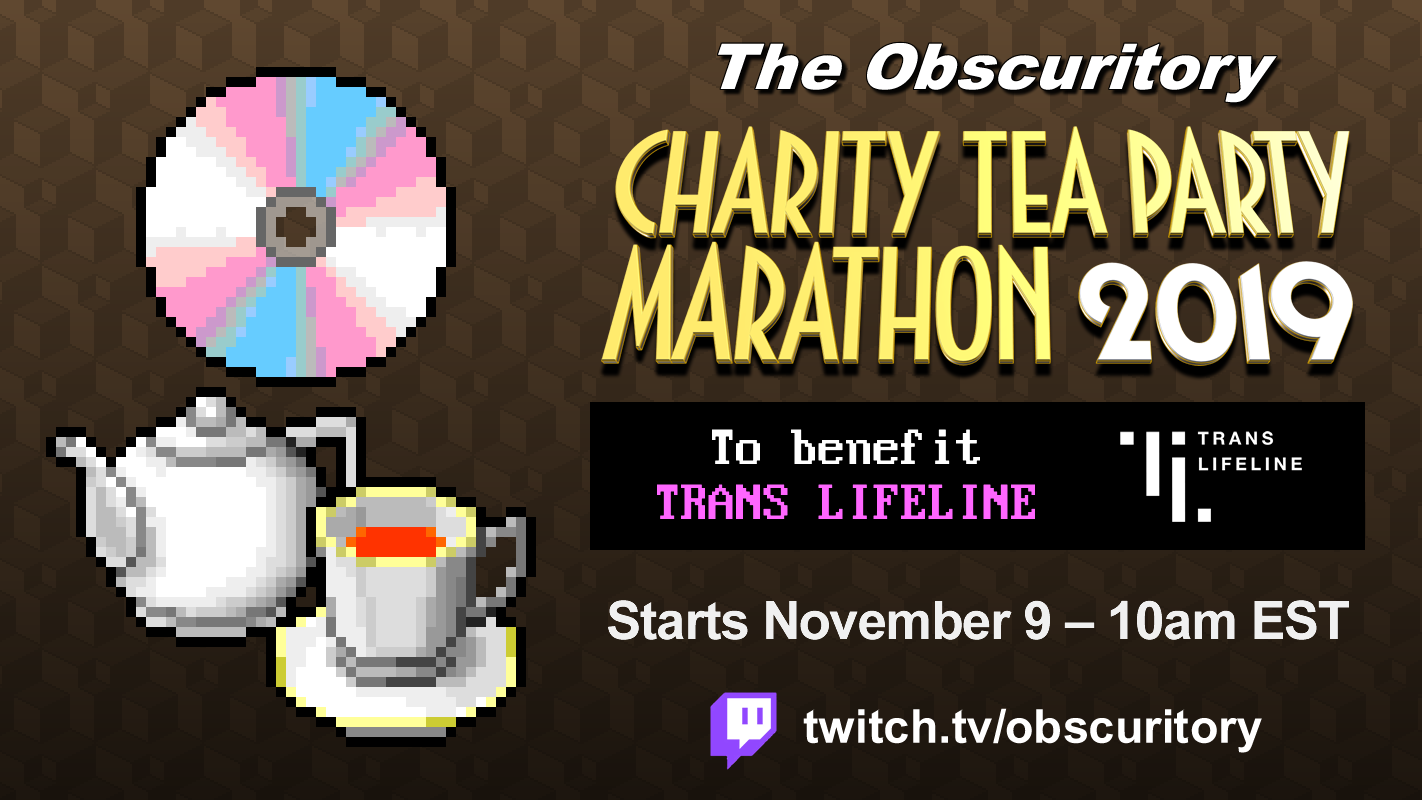 Trans Lifeline is a non-profit organization that provides microgrants for trans people to cover the costs of name changes and updating IDs to affirm their gender, as well as running a support hotline by and for trans people. It’s a great cause, and it will be great to stream for y’all to raise money for them!

The last time I did a charity stream, I said I’d go for 24 hours, and I did not make it. So I’ll just say that I’m starting on November 9 at 10am EST, and we’ll go from there.

In keeping with the mission of The Obscuritory, I’ll be streaming weird old games and software. But this time, I’m going to try to play a few games at length. I haven’t settled on what we’ll be playing, but it will include a full playthrough of Wrath of the Gods, an extra-cheesy educational live-action adventure game that I want to share with as many people as possible. There will probably be some bonuses too, to be determined.

As the name of the stream promises, I’ll be drinking lots of tea over the course of the day. Bring your own tea too, and we can talk about how great tea is! It’ll be a relaxing, silly, and hopefully thoughtful time.

See you on twitch.tv/obscuritory on November 9! Sign up here for a reminder on Twitch.

I might mix in a few more games for variety’s sake, but this is the general schedule. See you there!