Six years in: reflections on gaming culture and a revised mission statement

About six years ago, I realized that I wanted to share my love for forgotten games with the rest of the world. A lot has happened since then, both personally and culturally. I have largely left the “core” gaming world and found some much-needed perspective that I would feel negligent not to discuss here. Put simply, the insularity, prejudice, and anger that surrounds video games is horrifying and, if left unchecked, will surely destroy this terrific and expressive medium.

More now than ever, I find it essential to celebrate the weird and out-of-the-way games of yesteryear. Serendipity and discovery are merits on their own, but they also promote a healthier, more fun, more vibrant, and more inclusive culture. I want to reaffirm my commitment to this site and to emphasize the good things that obscurities can bring about.

When I grew up, video game culture was very much the domain of adolescent boys. And as an adolescent boy, I loved that. Between the console wars and the shockingly juvenile ads, mainstream gaming was controlled by the angriest, loudest, and craziest voices. Video games were our territory, and in many ways, that was okay for a while. Gaming was going through its growing pains, and it had to start somewhere. Twenty years have passed since the release of the original PlayStation, and the umbrella of gaming has grown to include more people and styles of play than ever. And yet video game culture is still somehow in the same place.

Discussion in the video game community today is ruled by arguments about which console “wins,” whether liking a certain game makes you an inferior person, how “casuals” and new audiences are ruining games, how anything below a certain technical specification is garbage, who to vilify as “biased” or “corrupt” by nebulous and prejudiced standards, and in what way companies are intangibly betraying their fans. If you spend much of your life immersed in this culture, as I had, it can be difficult to notice this creeping resentment. It’s a painful realization to make, but contemporary “gamer” culture is insular and discriminatory.

There’s a part of me deep down that empathizes with people who react harshly to construed attacks on “their” culture. As a child, I certainly turned to gaming as an escape, and I recognize the urge to be overly protective of a cultural force that provided you positive experiences and some form of refuge. But understand that this impulse is negative and detrimental to gaming. At best, it arbitrarily cuts off outsiders and new people from experiencing the most exciting type of media in the world. At its most insidious, it is actively misogynistic and violent, encouraging harassment and rage as legitimate forms of communication and expression.

There will always be jerks and sociopaths, but in gaming, this sort of behavior is endemic. Anger and hatred are recurring traits among a vocal and sizable portion of the gaming audience. Visit the comments section – or even the main articles – of any video game site, and you will find them overrun with hostility, defensiveness, and divisiveness. When a critic like Anita Sarkeesian suggests that we reassess how video games portray violence and women, the core constituency of “gamers” erupts in impossible fury and death threats. That isn’t because it’s “just the Internet” or “the trolls” or “boys being boys.” Those are real people who feel that way. They are the outward face of video games. This should not be normal. It’s not okay. Some of this may be from antisocial and belligerent people, but I can attest first-hand that it’s largely from well-meaning people who don’t understand the social consequences of their actions. But regardless of intentions, the darkness and bitterness of the “gamer” community is inarguable, and it has never been more visibly on display. 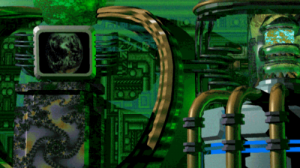 Everyone deserves to play and to talk about games in a positive and constructive environment. EVERYONE.

It is no longer possible for me to ignore this. Games are for everyone. We shouldn’t accept that the close-minded and cynical are the core audience of video games or that game developers should cater exclusively to this group. We should all celebrate the exciting variety of games out there and find ways to welcome new people into this amazing medium.

To be clear, this is not an indictment of video games. Even the crappy ones. Games are terrific, and we all culturally richer for having and playing them. But their community – either intentionally or by happenstance – is a liability that drives off the curious and discourages the enthusiastic. We should always work to make gaming a more welcoming place for different people, perspectives, and ideas.

So how does this affect The Obscuritory? It’s simple: I want this blog to bring more love, enjoyment, and acceptance to gaming.

Back in high school, I wrote an article for the school paper about Mass Effect. A non-game-playing friend of mine took great interest in it, but they seemed lost by the phrase “third-person squad-based shooter.” There are all sorts of little vocabulary tics and behavioral patterns that we don’t realize turn off the uninitiated. Since that article, I have always attempted to write in a straightforward, approachable style, but I will now recommit to writing in a style that’s approachable by anyone. You can read terrific articles about film and television without having to know the exact parlance and machinations of those industries, and it should be the same for games.

I’m also committing to a heightened awareness of some of the social elements presents in the games I review. The presumed straight-white-male audience of games often leads to some undesirable content and messages that make games uncomfortable to new players. If we want games to be more accessible, we should deal with their implied or explicit politics. This blog primarily looks at games from the 80s and 90s, so it’s impossible and exhausting to chronicle every time women or minorities are treated poorly. And that’s not the goal of this blog. But when games like Noctropolis treat women like foreign objects, it’s in the interest of diversity and inclusion that I call them out. I also find it important to spotlight the achievements of outside voices, and the world of obscure games is full of them.

But most importantly, I am doubling down on how much I want to write about the weird and the niche games of yesteryear. There is no better way to push back against intolerance and dismissiveness than sincere curiosity and excitement. I want to live in a world where people love talking about interesting and unusual games, where they share their experiences and open each others’ eyes to new ideas and perspectives. I started this blog because I wanted to explore oddball forgotten games, and I still think that digging up old gems is its own reward. But after six years, I now realize how much constructive and positive discussion can be generated through this uncharted territory. When we expand the discourse of gaming, it brings in new ideas, original voices, and intrigued audiences. It benefits everyone. Angst: Rahz’s Revenge is a very very very bad game, but I have hilarious, fond memories of discovering and playing it. I would gladly share a million Angst: Rahz’s Revenges rather than see gaming languish in a closed system of discontent, bitterness, and exclusion.

If you find yourself in that part of the gaming community that thrives on outrage and shoos off perceived outsiders, I implore you to step back and please think about the harmful impact that your words and behavior can have, intentionally or unintentionally. Nothing can be gained from hating games, game players, or developers. No good comes from closing games off with shibboleths and litmus tests. But if you truly believe that gaming is better off in a state of perpetual cynicism, that anger and entitlement are the best engines to power communities, and that women and other minorities do not have meaningful perspectives on the gaming discourse, then I do not want your readership. Gaming’s cultural echo chamber is toxic and, frankly, not reflective of how the world works. Every game has something to offer, and every person has unique viewpoints, perspectives, and experiences that should be celebrated. Having fun with unknown games is my way of saying yes to variety, inclusion, and positive spirits.