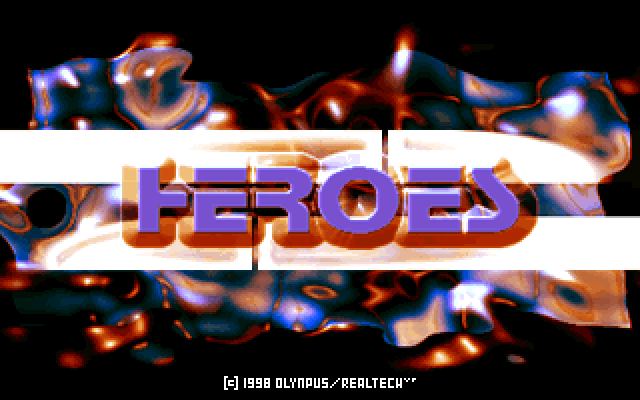 How would you improve Snake? The classic formula doesn’t really need much else. Would you add powerups? A hundred levels? A sci-fi makeover? Competitive multiplayer? Do all of them, and that’s Heroes.

The game starts from the same foundation as Snake or similar titles. You control a ball with a long tail. When you pick up items that appear on the screen, your tail grows. Snakes blow up if they get trapped in each other. This should be familiar to anyone who’s played one of these games before.

Heroes pushes that template in as many directions as allowed. The game was developed intermittently over a few years by three students who dropped their commercial plans and eventually released it as freeware, and the final product sprawls as much as you’d expect. You can now turbo boost or stop for a brief time, which adds extra ways to trap, escape from, or wait out the other snakes. The items have ballooned in number; they’ll shorten your tail, change your speed, warp the screen, or set you on fire or set everyone else on fire. There’s a lot going on. 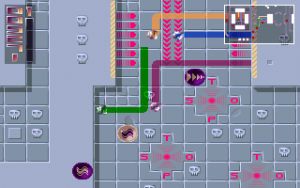 The developers went full maximalist. Heroes leaves behind the snakes-and-apples theme for something closer to an Iron Maiden album cover. Most surfaces are metal and, if not covered in pyramids, probably embossed with a skull. The pixel art carries a glossy, high-end swagger, down to the unreadably adorned fonts. The game has confidence, it knows it, and so it does whatever the hell it wants, like throw in over-the-top sound effects (the game screams “Nooo!” when you try to quit) and straight-up put a lemming from Lemmings on the credits screen dressed up like a CD player.

Instead of one version of Snake, we get five versions of Snake. Their quality wavers: the epic-length Quest mode drags when you have to hunt down powerups to grow your tail, and Kill Them All’s competitive race to run down tiny monsters is difficult to parse. If you don’t like one, just try one of the others. Crank up the speed if the game goes too slowly for you. Turn on split-screen multiplayer and see if Kill Them All plays any better with a friend. Heroes is a dump truck full of features with apparently no audience in mind, and for a riff on something as slight as Snake, that can be fun to mess around with.

In the most dramatic of its high-volume additions, Heroes has levels – about 100 different layouts of ramps, bridges, and death traps. Like the game’s style or options, the focus here is volume, but including level layouts at all changes the fundamentals of the snake gameplay in interesting ways. Since you can’t easily turn around, tight passages or closed-off areas act like death traps. An open space, usually the norm in this type of game, is like an oasis as long as you can stay in there. The levels run together (again, there are around 100, and they share only a dozen graphical styles), but regardless of the quantity, their varying shapes add another wrinkle to the game.

Really, any of the game’s ideas panning out is a terrific accident. The fun of Heroes comes from how much it crams atop its lean base. It’s the loaded nachos of Snake games.

Heroes is available on the game’s SourceForge site. Since Heroes is open source, you’ll probably want the pre-compiled versions at the bottom of the download page (“Win32” is the Windows version).