Legacy Of The Golden Hammer 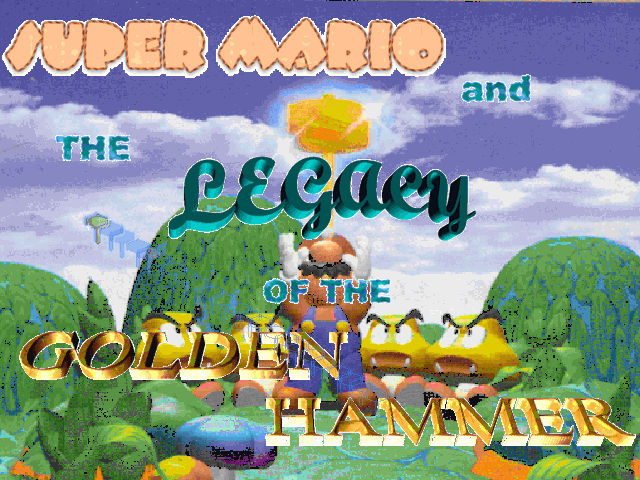 Here’s a confession: over a decade ago, in a former life, I helped run a Mario fangame website. By the time I left around 2008, the community’s tools and skills had grown enough that they could make imitation Mario games that looked and played close to the originals. But the early years were when the real magic happened. The fangames from those days shared more with outsider art than Super Mario World. Their creators had no game design experience, an excess of ambition, and absolutely nothing in their way.

From that clamor emerged Legacy Of The Golden Hammer by Jacob Dean Martin, age 14 (according to the game’s About screen), alias Dr. Wario. What starts out as a shoddy Mario fangame quickly turns into an unchecked stream-of-consciousness power fantasy that spirals so far out of control it inspires wonder. 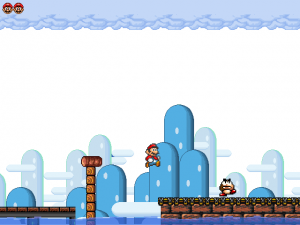 Dr. Wario made LOTGH with The Games Factory, an easy-to-use game creation tool by Clickteam. The company’s early programs, also including Klik & Play and Click & Create, required minimal to no programming to use, opening doors for novice designers like Dr. Wario (and the rest of the community who flocked to Clickteam products) to turn their ideas into actual games. Now they had the power to make Mario do whatever they wanted. That’s the joy of fanworks, after all.

Ease of use did come with limitations, and you can see those clearly in LOTGH. The game’s opening segments stick closely to what you’d expect from a Mario game but with worse controls and slightly deformed, mismatched graphics taken from other games. Mario slides like he’s covered in oil and gets caught on walls. These problems pop up in many games made with Clickteam products, but the difficult jumps and small platforms in LOTGH‘s level layouts call extra attention to those issues.

It doesn’t elicit much reaction besides fatigue… until Mario finds the fabled Golden Hammer.

The Golden Hammer awakens an angry god who challenges Mario to a battle. Their duel spills into a high-speed chase. Mario narrowly escapes. He arrives safely in another generic grassland stage.

And then, holy shit, a fighter jet screams in out of nowhere, looking completely out of place next to the Super Nintendo graphics like it came out of an Air Force coloring book. Mario boards the plane, no questions asked, and takes over the machine guns. Suddenly, a spacecraft shows up piloted by his nemesis, Robo Mario, and Mario jumps on top of a missile to fight him.

For those keeping time, we’re only about 15 minutes into the game. And now it’s Furious 7. 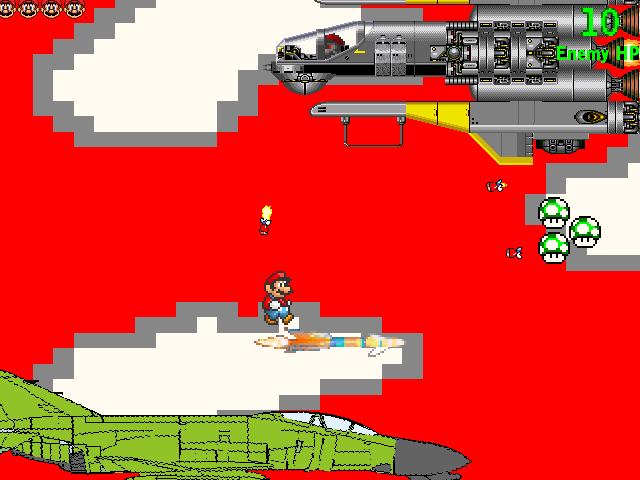 You know, a Mario game!

Legacy Of The Golden Hammer stuns and confuses, and it keeps going. Dr. Wario probably made up the story as he went along and never bothered tweaking the game into something with a consistent tone or that other people would be able to play. (If anything, he’s actively hostile to the player. He yells at you during the intro sequence.) Compared to the duller platforming stages at the top of the game – which were already too difficult – the boss fights and lava floods and aircraft battles usually kill Mario instantly. I couldn’t often stay alive for more than a few seconds. I feel comfortable calling the game impossible. 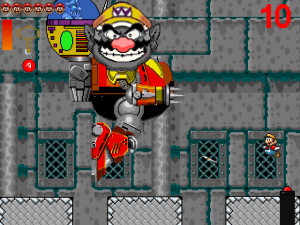 Only a 14-year-old could make this. Thanks to The Games Factory, Dr. Wario could, so he did. The result is remarkably, admirably ridiculous and personal, lifted right out of a teenage imagination fueled by James Bond and Saturday morning cartoon fantasies. He had free reign of the Mario universe, and LOTGH is exactly what he wanted to create, whether or not you can finish it.

Luckily, each level has a password, so you can see the rest of the game. It continues as you’d expect. The fighter jet crashes into Peach’s castle and explodes in a shower of gore. In Part 1’s dramatic finale, Mario becomes a god with the power to fly through walls. Almost nothing resembling a normal Mario game has survived to this point. Part 2 consists a prison break, a weirdly relaxed car chase, and an escalating cat-and-mouse fight between Mario and Wario, like two playground superheroes making up their powers. Luigi shows up, dies, and comes back again later. Part 3, left unfinished, opens with Mario’s murder at the hands of Robo Mario. The game cuts to a blank screen and… that’s it.

What a perfect ending. The game just runs out. Dr. Wario presumably moved on, leaving behind these half-finished, feverish doodles of Mario blowing up robots.

You can still download Legacy Of The Golden Hammer (Part 1, Parts 2 + 3). Games made with The Games Factory require additional files to run (available from the same site). Place them in the same folder as the games. They may also need compatibility mode set to Windows XP.