All games are a mess 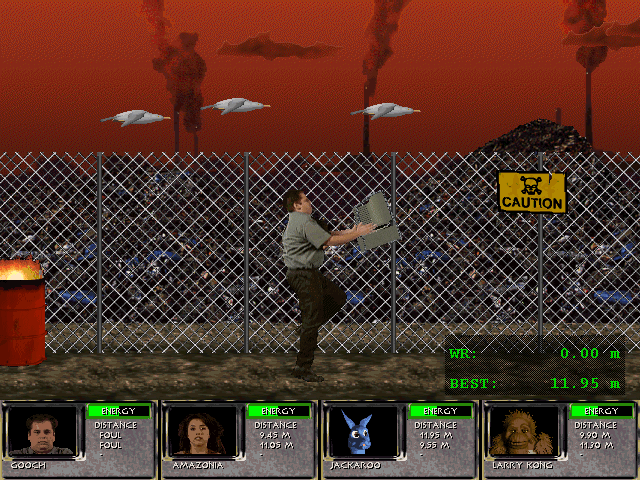 Tomorrow, I’m posting about The Frogs Of War, a game that even by the standards of this blog is really weird. It got me thinking about the gamut that this blog covers, from heady fantasy allegories to fangame nonsense made by teenagers. All these games are part of the same landscape, all different points in a spectrum of experiences and creativity. And in their own ways, they’re all a mess.

I love that strange homemade games like The Frogs Of War and Legacy Of The Golden Hammer exist, these unpolished mishmashes of ideas and design as a form of creative expression. Enjoying these games is a way to enjoy all games, to accept that everything is from the same cloth, a different flawed piece of creativity, a different glimpse into what can be created.

A few years ago, I tore into the game Angst: Rahz’s Revenge. It deserved it. It’s one of the absolute worst, most joyless games I have ever played, in part because it reminded me how its worst repetitive qualities are echoed in other first-person shooters. Games don’t get much worse than Angst, and there’s something slightly reassuring to the idea that there are flashes of it in most other games too. If we accept that, we can begin to appreciate all their messiness.

Games are made by people. They’re creative works, sometimes well-constructed and sometimes sloppy. Everything bears the fingerprints of the people who made them in some way. Canonically beloved titles are filled with workarounds and varying degrees of hacked-together solutions. Watch some of the videos by pannenkoek2012, who extensively documents programming quirks in Super Mario 64, and you can see all the little eccentricities present in a milestone game. As odd as it sounds, the relentlessly bad controls and writing in Legacy Of The Golden Hammer are somewhere in the same broad range of brokenness as Super Mario 64‘s quirks – very extreme different places, but all artifacts of humans creating art.

I’ve been trying to figure out the right way to talk about these types of games in a way that’s positive and empathetic, and this is an important part of it. We should celebrate their shoddiness without scorn or sarcasm. Although I want to share them with people, we need to be careful to avoid drawing them unwanted negative attention and encouraging mockery, a problem that experimental game designer Nathalie Lawhead wrote a thoughtful post about this last year.

I haven’t been great about it in the past, and I probably won’t be perfect in the future. I’m still working on how best to articulate it. I’m not sure how all this is going to reflect in the post about The Frogs Of War, but I think it’s valuable to remember the reasons why weird crappy games are worth loving. Then we can have fun with them!

Making games, playing games, and sharing games are untidy human endeavors. That’s fantastic. Everything is messed up to a different extent, and when we embrace that, we embrace the messy business of being alive.