Visiting the old home of a multimedia studio 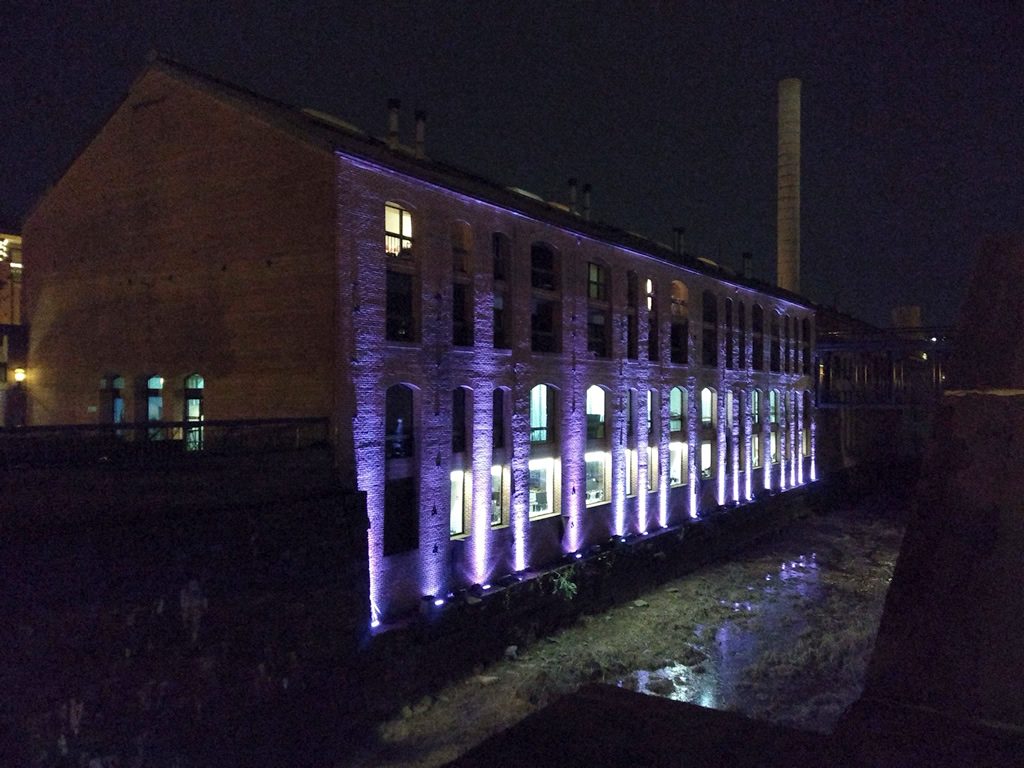 Last night, I was in Georgetown in Washington, DC with friends to look at the public art that had been put up for the holidays. We passed this building on the C&O Canal, which you can see overgrown in the picture. This building was the former home to Magnet Interactive, a multimedia CD-ROM developer from the 90s that created titles like Icebreaker, Theresa Duncan’s Chop Suey, and the award-winning Beyond the Wall: Stories Behind the Vietnam Wall. Magnet was at the end of the building, near the smokestack, at 3255 Grace Street NW in what was once a historic Georgetown power house.

Back in 1996, The Washington Post ran a profile about Magnet Interactive; it touches on the precarious financial situation they and the entire CD-ROM industry found themselves in:

It is so volatile, currently in the midst of a wave of mergers and closings, that even some well-established companies with hit consumer products are in trouble — and six-year-old Magnet is still in the red and still waiting for its first hit. The most basic questions about the future of This Business — Will anyone still use CD-ROMs in five years? Can anyone figure out how to make money on the Web? How big is the audience for this stuff, anyway? — are in doubt.

So perhaps it is not so strange that at the same time Magnet’s executives are talking about taking the company public and creating a lot of rich 30-year-olds with its stock-option plan (“Everyone’s going to make out like a bandit,” co-founder Greg Johnson gleefully predicts), executives at other Washington multimedia companies suspect that Magnet may soon explode and fade like a supernova. Everyone in the industry says a shakeout is coming.

Visiting the former location of Magnet put the company’s mindset in context. Georgetown is a ritzy area of DC, mostly inaccessible by public transit and blanketed in upscale furniture stores and fancy restaurants in old buildings. Despite not turning a profit in six years, the company was renting offices on the canal. Even in 1996, it must have been expensive as hell. The Post‘s profile says the company “[spent] freely” on everything from their location and payroll to art for decorating the studio. They flaunted their expensive development workstations (“Most game companies can’t buy that. We can. Too bad.”). They spent on their image, on the status of being the hip renegade media company that the Post described. They must have been convinced that the big break was around the corner, that CD-ROMs were the next big cultural thing, and that they were the ones who would benefit from this new medium, even while the internet was on the horizon.

Of course, that didn’t happen. As Bob Stein recounted, CD-ROM multimedia was a stepping stone to the web and other formats. It’s unclear if Magnet struggled to adapt or simply spent themselves into oblivion. But it reminds me of the recent story about the digital publisher Mic effectively going out of business after they couldn’t find a sustainable business model for video content while shelling out for a full floor in one of the most expensive buildings on Earth.

Seeing Magnet’s old home brought all that into focus – the audacity of the multimedia era, wrapped up in one expensive office building.