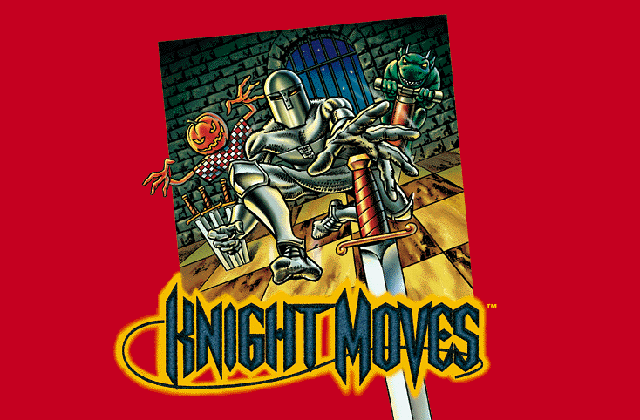 There’s no point skirting around the very, very silly premise of Knight Moves. It’s a puzzle game where your character moves in an L-shape like a chess knight. In each stage, your knight character (an actual knight) collects coins or swords to open the exit to the next room of a castle. This concept has no business being stretched out to dozens of levels, but you have to love the game for sticking with it despite that. 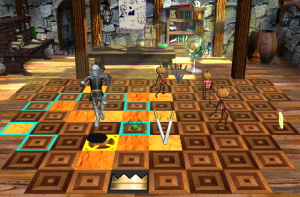 Grab the swords in the right order. Mind the pumpkin men

The chess movement doesn’t present much challenge, surprisingly. Although you can’t always move your knight directly to a space with a coin, you’ll eventually land there after futzing around it in circle for a while. Though the game adds minor variations, like tiles that turn into hazards if you land on them too often, the differences are usually washed out by all the futzing.

More intriguingly, your knight never stops and always needs to move to a new space. You can jump to your next spot immediately, or the knight will slowly, automatically leap to another tile. This sets up some enjoyably awkward situations with the spooky creatures that roam the board. You have to adapt to enemy movement patterns while staying in motion, which complicates the little dance you do around the coins you’re trying to collect. Landing anywhere precisely can be a bit of a crapshoot.

So, maybe it mixes equal parts quick thinking and dumb luck. And maybe the whole thing barely makes sense to begin with. Oh well! If Knight Moves isn’t a well-thought-out game, by god, at least it tried something.