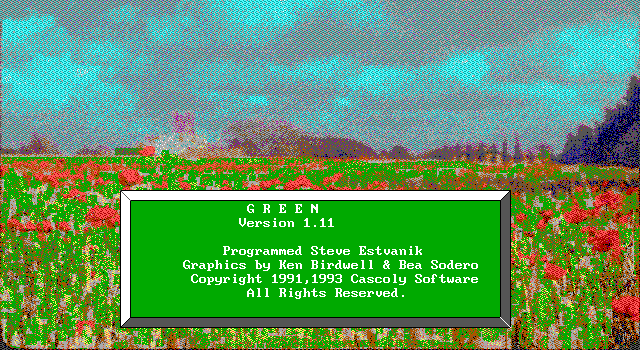 Joni Mitchell’s environmental anthem “Big Yellow Taxi” opens with the tragic image that “they paved paradise and put up a parking lot.” Cascoly Software’s eco-strategy game Green introduces itself with that first verse and sounds like a direct adaptation of those lyrics, slightly naive folksiness and all. The villains literally want to pave over nature.

The game’s lighthearted anti-development conceit has the potential to make a fun point about keeping green spaces green. The player’s hands-off role doesn’t feel like an useful, interesting way to wage that war, though, or to stand up for the environment. Both the game and the movement need a better plan than being vaguely irritating.

Green puts you on nature’s side of a territory battle. You control a farm under siege from urban developers attempting to build over the greenery. Your objective is to stymie them – not to defeat them outright, but to make their job so difficult that they just give up and leave in a huff. You fight back primarily by placing hedges or walls in their way; you can also guide planters to re-cultivate spaces, but should they tire out, they might turn to the evils of urbanization. Every so often, you get a stipend to spend on more obstacles to disrupt the pavers’ progress based on how much of the map you’ve kept safe. 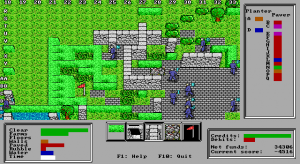 They took all the trees / Put ’em in a tree museum

As the description implies, much of the strategy in Green is indirect. That idea could have merit, but here, it leaves the game confusing and missing feedback. Annoying the suit-wearing pavers with hedge rows and walled-off paths into a river can be pretty funny to watch, but they’ll eventually plow their way through. Your commands to the planters have a similarly hazy effect: they treat your requests as light suggestions that they can disregard if they want to do something else, like wander in the opposite direction or nothing. Your actions only nudge gradual processes, and the game struggles to show how you can make a difference or play more effectively.

Money and score, two indicators that should hint at your overall performance, offer probably the least direct help. Changes in money flow based on your performance are poorly communicated, but your score seems totally untethered to anything happening in the game. During a failed round on the highest difficulty setting, I lost but still somehow suddenly earned several billion points.

This aimless design doesn’t appear to be a critique of the unorganized opposition to urban sprawl, because the game still expects you to play to win. (It may even undermine its environmental message by encouraging you to build stone walls all over a meadow.) If nothing seems to have an impact, and you have no metric for gauging your success, what are you even playing?

Green fills a niche of endearingly simplistic environmentalism, almost like you would order it from a 70s counterculture magazine. But it lacks the rigor either to build the theme past merely charming or to assemble an engaging level of strategy from the premise. The businessmen in Green certainly deserve to get dunked into a bush, but the game doesn’t know how to follow up that caricature.