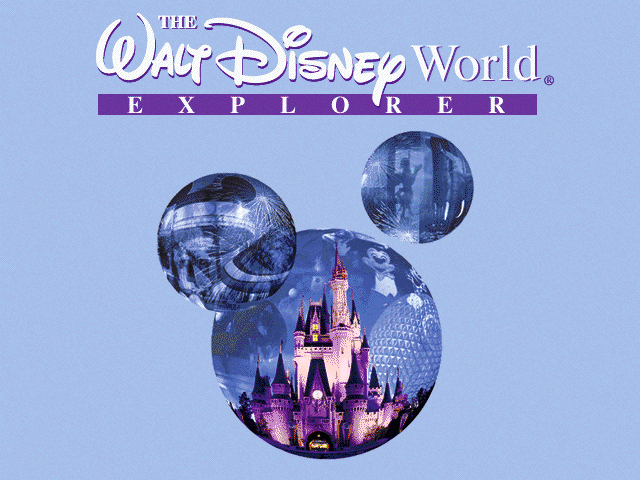 The Walt Disney World Explorer CD-ROM is an animated travel brochure that doubles as memorabilia. It compiles a bunch of photos and facts from Disney’s Orlando theme park resort into an interactive map format – a way for families to learn about Disney World and, maybe, remember their trip later, like saving a paper map for a scrapbook. The CD-ROM doesn’t have information about planning a visit; it’s more like a sprightly, clickable ad for Disney rides, hotels, golf courses, and water parks. It’s a piece of the sort of celebratory self-mythmaking that Disney loves.

Decades later, we can call the Explorer CD-ROM a time capsule. Disney World today looks quite different from this version of the park from 1996. Yet the Explorer CD-ROM has always been a time capsule: even in 1996, this program became outdated quickly. In hindsight, it still has merit as a snapshot, an image of what Disney aspired for the parks to be at one specific point in time.

The Explorer CD-ROM doesn’t try to be a realistic travel guide. It wants to give you the idealized Disney World. Over the opening credits, it sets the tone with inspirational quotes from Walt Disney about his ambitions. It’s selling you the Disney dream.

The program re-imagines the entire Disney World complex as one gigantic theme park map. In reality, the various regions of Disney World are separated by highways, retention ponds, and parking lots. But here on the CD-ROM, everything lives in one endless stretch of fun and imagination, connected together by footpaths and rivers. It looks like a world map from a video game. This is the version that Disney wants you to fall in love with, The Most Magical Place on Earth, the perfect fantasy land unencumbered by the demands of real life. 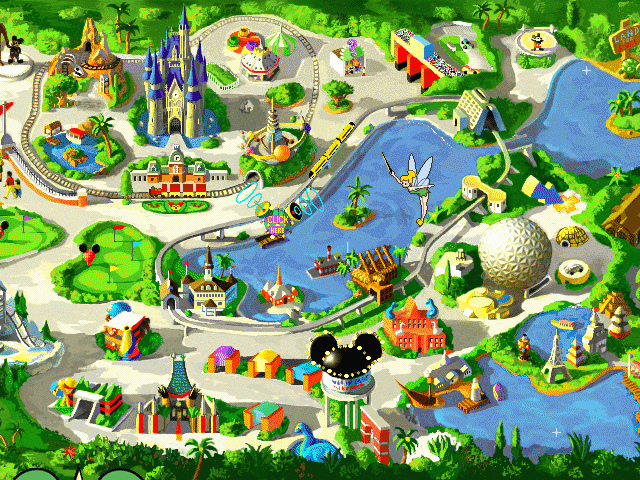 Even as a skeptic of the “Disney magic” thing, I had to admire how well the Explorer CD-ROM uses the Disney style to build the illusion. The map is teeming with activity. Every landmark in Disney World has been redrawn as a cartoon, with steamboats paddling on the river and trains riding around the Big Thunder Mountain Railroad. The cursor has been replaced by Tinkerbell, who flies closer into the park when you click on something, leaving behind a sparkly trail. It certainly makes Disney World look like, well, magic.

Disney Interactive wanted to excite you about visiting the parks. The CD-ROM is filled with beautiful photos of the parks, plus trivia facts and themed tours of the attractions. To round out the Disney mythology, significant chunks of the program are also about the history of Disney World and subjects like the Reedy Creek Improvement District, a government entity run by Disney since 1967 so they can self-govern. (Look it up! It’s incredibly suspect!) 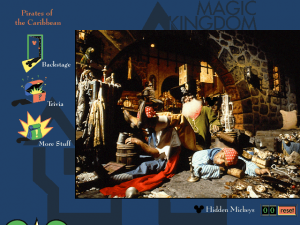 Big rides like Pirates of the Caribbean get special attention with more trivia, pictures, and videos

This was likely one of the most media-rich guides to Walt Disney World you could pick up from the mall or the local library in 1996, better than the comparatively bare Disney World website at the time (which most people probably couldn’t access at home anyway). Although the information is a bit disorganized, the whole purpose of this CD-ROM was to encourage you to explore more of Disney World, like the Disney Institute, where your family can enroll in “unique hands-on experiences” that will “stimulate guests’ minds and bodies.”

But Walt Disney World changes constantly. The Disney Institute closed in 2003. A fourth theme park, Animal Kingdom, opened just two years after this CD-ROM came out, and its absence is glaring. By the time the Explorer CD-ROM reached stores, one of the rides in Epcot, Ellen’s Energy Crisis, had already switched its name to Ellen’s Energy Adventure.

And in 2001, the water park River Country was abandoned – not simply closed but left to be reclaimed by nature. Watching it proudly advertised feels like seeing a ghost.

Of course, it’s silly to evaluate an old tourism ad, made for old computers, on current terms. The point is that this CD-ROM was always out-of-date, even when it was released. Disney Interactive put out a second edition in 1998, but especially with the internet growing, nobody needed to buy a new interactive Disney World encyclopedia every two years. Trying to keep pace in an expensive, static format would never have worked. 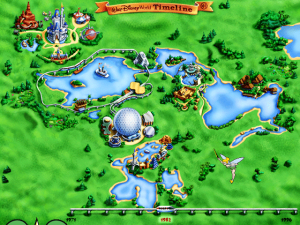 Instead, it works as a commemoration of the Disney World dream as it existed right at that moment in 1996. The release of the Explorer CD-ROM coincided with the 25th anniversary of Walt Disney World; it feels like a celebration. It pays homage to the history of the parks while also promoting the Honey, I Shrunk the Audience 4D movie, presented by Kodak. To an extent, the program has gotten better with age as it transitions from being a vacation guide to being a yearbook. In both cases, it’s still an effective ad for the idealized Disney World experience.

The CD-ROM includes a visual timeline, where you can witness the park slowly expanding over 25 years, every minor change and new hotel leading up to the mythical perfect-looking modern resort. Maybe it seems more obvious now, but the celebration of Disney World in the Explorer CD-ROM is just one more point on that timeline – an outsized fantasy, a triumph at the time, and, years later, a quaint stepping stone for things to come.

Then and now, Disney Interactive made one major mistake with this: the looping background music is a brass band playing “it’s a small world.” It’s terrible.

The Explorer CD-ROM tries to spice up the information with a game to find “Hidden Mickeys,” little Mickey Mouse icons tucked away in the program like you can also find hidden at the theme parks. They’re usually crudely inserted into the photos and sometimes too difficult to pick out. If you find them all, you unlock a bonus video clip. Thankfully, the program is interesting enough without having to search for them.