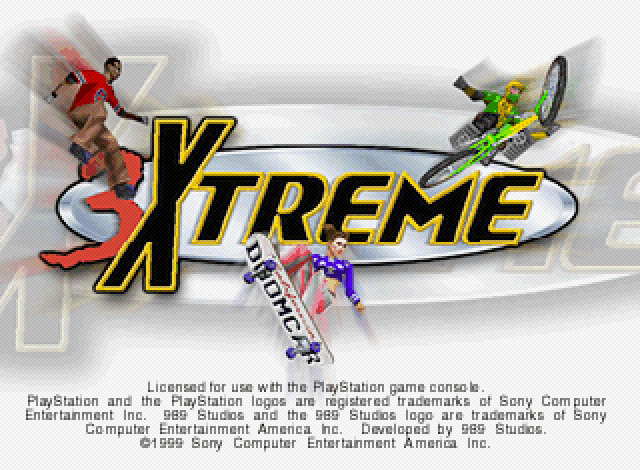 This year at the Tokyo 2020 Olympics, two new extreme sports events joined the Olympic lineup: freestyle BMX and skateboarding. Putting aside the complications caused by the pandemic, getting into the Olympics is a big milestone for professional skateboarding, a sport that was once so disorganized that it once had a major competition officiated by judges who were allegedly high out of their minds and once gave a competitor extra time in the middle of the event because, as the announcer of the 1999 X Games explained, “We make up the rules as we go along.”1,2

But this was actually the second motocross competition at the Olympics this year. Back in 2008, BMX first made its Olympic debut as a racing event. Together, they’re two different sides of the same sport. Maybe this is a testament to the diversity within extreme sports, but it’s also an indication that there’s no single or correct way to adapt the creative, freeform energy of extreme sports into a competitive event.

When extreme sports catapulted into mainstream culture in the late 90s, video games faced with a similar challenge. How do you take an activity that defies structure and, well, impose structure on it? How do you make a rule-driven video game out of something that was, at that moment, barely a professional sport? 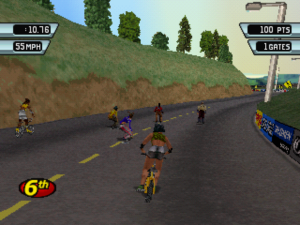 The heavy handling and momentum in 3Xtreme are reminders that you are, in fact, riding downhill

In hindsight, the game that cracked this problem was Tony Hawk’s Pro Skater. Among many things that the mega-hit skateboarding game got right, Pro Skater synthesized the different parts of skating culture into one experience, merging the technical trick execution of a competitive skating event with the laid-back, open-ended vibe of hanging out at a skate park. Although it seems like an obvious combination now, it was never a sure thing. During the early development of THPS, the game was more linear and straightforward, like a downhill race that also included tricks, and while that approach was ultimately abandoned, there are still two levels in the final game (Mall and Downhill Jam) that reflect the game’s original racing-inspired approach to the extreme sports genre.3 Even for a landmark title like Tony Hawk’s Pro Skater, the designers weren’t sure how to capture that post-X Games skating culture in a video game.

Which leads us to 3Xtreme, released only a few months before Tony Hawk. Rather than settling on one approach, 3Xtreme is multiple extreme sports games simultaneously. It’s a racing game, but it’s also a game where you do tricks to score points. It’s a skateboarding game and a BMX game and a rollerblading game, all riding on the same track next to each other.

3Xtreme was the third title in a series of extreme sports games produced for the PlayStation by Sony Interactive, starting off as ESPN Extreme Games, featuring a tie-in with the soon-to-be-rechristened X Games. When Sony and ESPN went their separate ways, the sequel was given the new name 2Xtreme, followed by 3Xtreme, until eventually they looped back around and re-released the first game in the series under the preposterous title 1Xtreme, which is still very very funny. Whether they carried the ESPN branding or not, each entry in the Xtreme series had the same idea: mash every extreme sport into a single, high-intensity event.

As disorderly as that sounds, the combo-sport in 3Xtreme is actually fairly close to the early concept for Tony Hawk’s Pro Skater. The game is a one-way downhill race, and the goal isn’t just to reach the end of the track but also to rack up points by performing tricks on the various ramps, rails, and slalom gates throughout the courses. In-between races, you can spend your points on new equipment, which help you keep pace with the competition. (And for good measure, you can also throw punches at the other competitors on the track, if it wasn’t already extreme enough.) 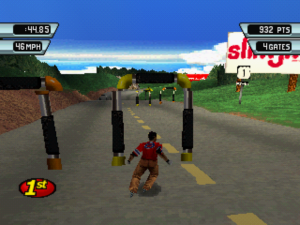 Slalom gates are fun targets to reach for, but that won’t win you any races

These elements should blend together neatly, but the inconsistent pacing of 3Xtreme discourages you from doing them at the same time. If you’re trying to line yourself up through the narrow slalom gates without crashing into the poles, then you’re not focusing on the race, and you probably won’t place first. One dropped trick could set you back far enough that you could drop into last place, even with a significant lead. It’s not worth the risk. You can race, or you can trick, or you could awkwardly wobble back-and-forth between those two goals. The game is trying to be every type of extreme sport at once — BMX freestyle and BMX racing spun into a single event — but it never settles comfortably into any of them.

It’s revealing that each of those components works fine on its own. Rather than going through the career mode, you can also play a mode that only includes the racing, or a mode that only includes the freestyle tricking, and they’re fine! The downhill racing in 3Xtreme carries a good sense of momentum, and while the freestyle mode isn’t nearly as compelling as other skateboarding games, there are still fun opportunities in each course for technical movement.

Those are both valid approaches to the extreme sports genre, but they don’t automatically fit together just because they’ve been jammed onto the same track. While the problem partly comes down to the specific implementation of these concepts in the Xtreme series, it also reflects the diverging directions that extreme sports were taking as they started their uncertain, decades-long journey to respectability.

But what does feel totally natural is having rollerbladers, skateboarders, and BMX riders beating the snot out of each other in the middle of an illegal race through the subway. What could be more Xtreme than that?

There’s a bunch of unlockable secret characters in 3Xtreme, some goofier than others. Most of them are aliens or monsters on skateboards, but you can also unlock the option to play as a car, which stretches the definition of extreme sports to its breaking point and raises further questions because the cars can do tricks.