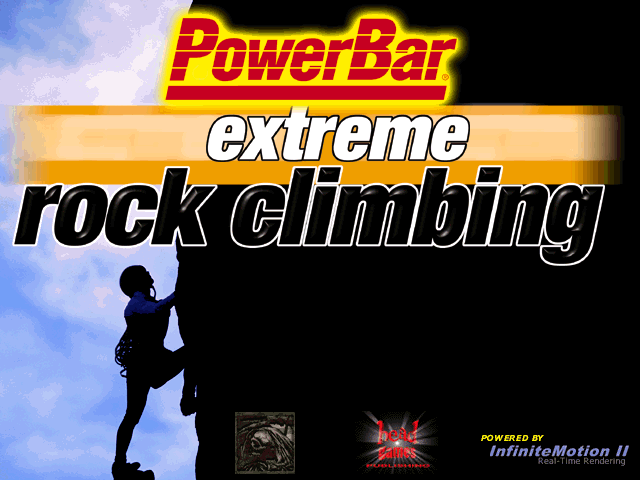 Niche sports should get to be games too! The extreme sports game boom in the late 90s and early 2000s turned skateboarding into its own genre, and that opened the door, however briefly and unsuccessfully, for more games based on smaller solo sports, like Wakeboarding Unleashed featuring Shaun Murray. And why not? They’re athletic challenges that emphasize personal growth and achievement, which is a perfect fit for a style of game where you practice something over and over until you finally nail it in record time.

What sport is better suited for that than rock climbing? It’s a literal representation of that struggle to improve yourself and surmount an obstacle, in this case a giant wall or a cliff. Given the popularity of the sport, it’s surprising that more games haven’t explored rock climbing outside of a few motion-controlled sports titles like Kinect Sports Rivals and Wii Fit U or something intentionally silly like the slapstick control scheme in GIRP. At the moment the extreme sports genre exploded in 1999, there was at least one climbing game. Alongside other games in the Extreme series like Extreme Rodeo, Head Games Publishing released the small and surprisingly clever Extreme Rock Climbing.

But how do you translate the physical challenge and dexterity of rock climbing into a computer game? To find out, we need some help from a delicious, energy-boosting PowerBar®.

Yes, this game was sponsored by the energy bar brand PowerBar, and as you can tell from the title screen, it shows. Product placement appears to have been a major part of the Extreme series; Extreme Rodeo was, appropriately, sponsored by cowboy footwear proprietor Justin Boots. Having the PowerBar logo plastered all over the game accentuates how mildly ridiculous this whole thing is, but what really did it for me is that for whatever reason, the menu is narrated by a Barry White impersonator. When you select the capture the flag game mode, he growls, “Capture that sweet little thang,” and it is extremely uncomfortable. He’s trying to make this much sexier than it needs to be, which is to say that a PowerBar video game should be zero sexy. 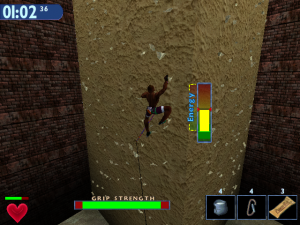 Armed with a sure grip and a bag full of PowerBars

The rock climbing plays similarly to how you swing a club in many golf video games. When you reach for a handhold, a meter appears on the screen. You click multiple times as the meter moves up and down, and your timing will determine how much energy to put into your grab and how solid your grip is.

Since you have a long climb to the top, you want to conserve as much stamina as possible. But the way the meter works, using less energy gives you less reaction time to set your grip properly. Either you can expend more energy for a steadier grip, or you can save energy by making a riskier grab. Depending on how firm your grip is, that changes how much time you have to find the next handhold before you slip off. If you can’t quickly locate a path up, you may have to climb to the side. You need to keep moving, making fast decisions about what direction to move through the rock climbing course and how much physical effort to put into it.

The game’s older 3D graphics are detrimental here. When the rock wall and the handholds have similar colors, the flat lighting causes them to blend together, making the handholds harder to find. Even on courses with better contrast, there’s no clear indication of what’s in range or out of range of your arms. Regardless, this is a clever way to represent rock climbing as a game, as a branching vertical path, every movement a risky mixture of timing and snap choices as you fumble upward.

There’s twelve rock climbers to choose from, each with a different zodiac sign, and really, that’s a great reason to pick a character. The strongest choice has to be Ugetso, Sagittarius and Sailor Moon fan (“On behalf of this rock, I will punish you!”). Whoever you select, you can pick a few items for them to bring in their waist bag. Chalk helps you strengthen your grip. Carabiners let you take a pause, and they give you lifeline if you fall down. And if you want to recharge your energy to get the strength to keep on going, you’ve gotta eat a PowerBar.

To get the full experience, I wanted to eat some real PowerBars. Or at least I tried to. 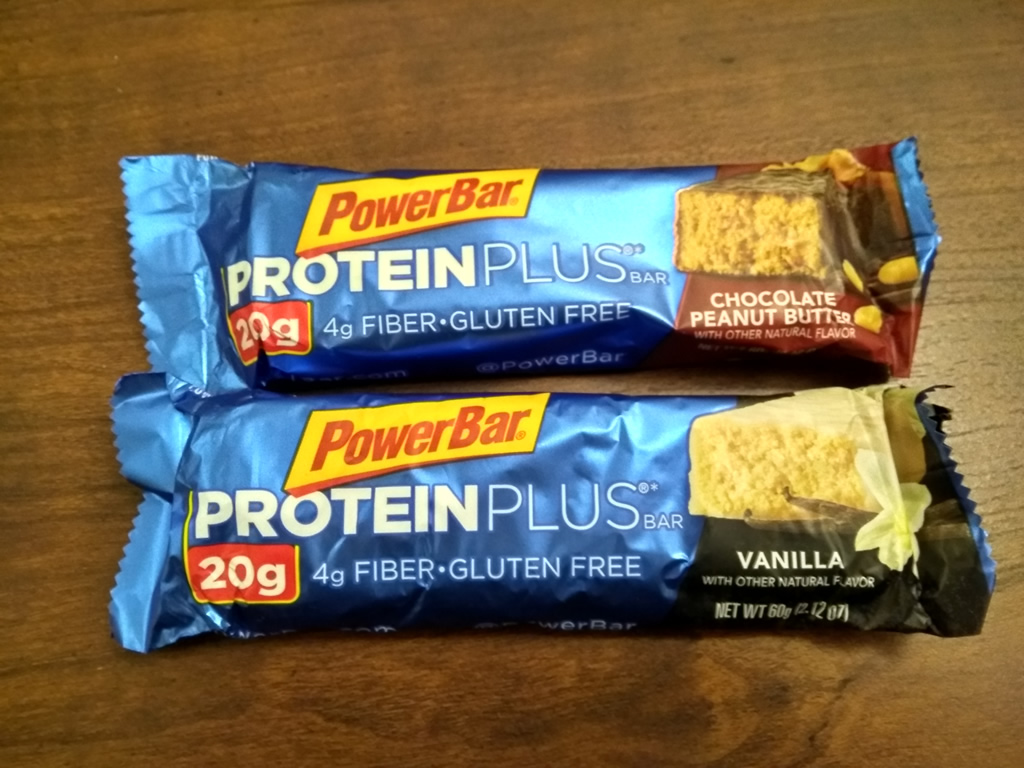 The survivors of the Great American PowerBar Purge

The original idea for this article was a gimmick where I would eat a bunch of flavors of PowerBars, then compare them to Extreme Rock Climbing. To my surprise though, there’s almost no way to buy the original Performance Energy PowerBars anymore. In the past few years, every store in the Washington, DC area has stopped carrying them in favor of trendier, ostensibly healthier energy bar options like Clif Bars and Quest Bars. At first, I thought this might be a regional change. I asked my family in the Midwest to help me find PowerBars (I used to eat them all the time growing up because I had a terrible diet), but they couldn’t find any either. The original brand has been replaced by the Protein Plus PowerBar workout supplements, or in some cases by Plant Protein PowerBars, which have so little in common with PowerBars that they feel like a trick.

I wrote this post months ago while I tried to figure out the PowerBar situation. My last resort was to buy a $25 Performance Energy variety pack from the official PowerBar website, and even that’s been discontinued now too.

Part of it, I imagine, is that everyone realized PowerBars are mostly sugar. The nutritional information for a chocolate Performance Energy PowerBar says that it has as much sugar as a can of Coke. That will certainly give you a burst of energy if you’re climbing the side of a mountain, though they’re far from a healthy choice. Clif Bars aren’t actually much better, but at least they resemble oats and barley rather than the extruded rubbery tongue-shaped slab of a PowerBar. (It’s the perfect snack for mountain climbing because it looks like it could withstand a 500-foot drop.) Much like SnackWell’s cookies fell out of favor once people stopped kidding themselves that they were a health food, I assume PowerBars met a similar fate because you could buy a Larabar instead. 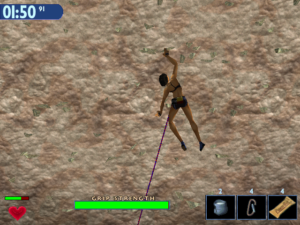 Dramatic climbing animations drive home how physical the sport can be

That feels like what happened to games like Extreme Rock Climbing too. We tried to cut out the things that most obviously seemed like junk. Even if we didn’t replace them with actual healthier options, it’s difficult to picture how a low-budget niche sports game sponsored by an energy bar company, initially sold for $25, would fit into a nominally healthy diet. In a sense, Extreme Rock Climbing is the PowerBar of video games.

The difference is that while the original PowerBar has lost its appeal, Extreme Rock Climbing still has some good ideas about what a rock climbing game could look like. It has a great sense of height, the sensation that you’re getting further from the safety of the ground, driven by reflexes and endurance to reach the top. And unlike the self-conscious coolness of extreme sports games like Wakeboarding Unleashed, it accepts that making a rock climbing game is a little bit ridiculous. Though not as ridiculous as eating a bagful of PowerBars.

I ate the Protein Plus bars anyway, then immediately learned that they contain laxatives.

That aside, they tasted like a dense, crumbly 3 Musketeers bar. If you must eat one, the chocolate peanut butter one tasted less artificial than the vanilla. They’re not meant to be a snack, and I would not recommend them as such. And after what I experienced, I would definitely not recommend them if you were climbing a mountain.

Extreme Rock Climbing will run easily in Windows 10 using nGlide or dgVoodoo2, which are programs that allow modern computers to run games that use the now-obsolete Voodoo graphics modes. See the Resources guide for more information.