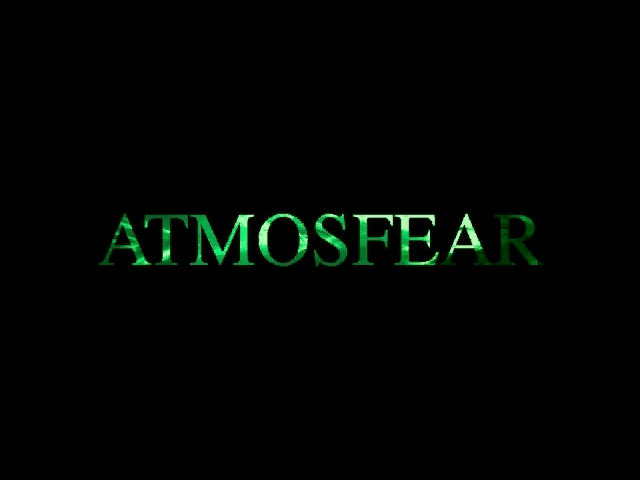 The popularity of VCRs in the 80s and 90s led to the odd trend of the video board game. It would come with a VHS tape – later, a DVD – that would have atmospheric sounds and visuals to put on in the background while you’re playing. During the game, the video would announce special events, like some misfortune happening to the current player or a change to the board or the rules. Often, you had to win and turn off the tape before time ran out, adding a sense of urgency.

They’re a sign of the importance of home entertainment to the era’s culture and consumerism. There was, inevitably, a Star Wars video board game, as well as a regrettable game called Rap Rat which tells you everything you need to know about it and you should absolutely not click that link to the video.

One of the more successful video board games may have been Atmosfear, also called Nightmare, a series of horror games featuring characters inspired by infamous figures from folklore, history, and legend competing to escape from the afterlife. Much like video board games accompanying the rise of the VCR, when the CD-ROM became a big deal, Atmosfear made the leap to computers too, taking inspiration from the medium-defining ideas from Myst and similar titles released around then. Atmosfear isn’t a smooth fit for all of those ideas, and this version of the game makes for an interesting case of what’s gained and lost in reworking a board game for a computer.

Atmosfear: The Third Dimension takes elements from a few different Atmosfear board games, plus some new variations of its own. To win the game, players have to collect six Keys from the board’s six regions. Everyone take turns rolling one or two dice and moving around the board, collecting power points and attempting to land on the right spaces to pick up Keys. It can be hit-or-miss for a while until you start collecting the Keys, which grant players special abilities, most notably the power to stop your move in the middle to land on certain spaces more precisely. 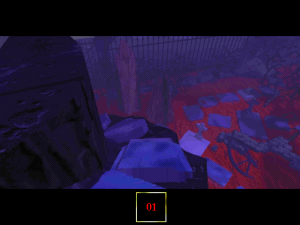 The flat game board has been turned into a 3D crypt

Since this is a CD-ROM adaptation, Atmosfear goes heavy on multimedia and pre-rendered graphics to enhance the board game format. Like CD-ROM adventure games, the game takes place in a first-person perspective in the game’s haunted graveyard provinces. (I assume this the “third dimension” the title refers to.) You click to navigate rather than moving a piece on a game board, though you can still view the board too. Cutscenes introduce the characters and dramatize events like losing a turn by falling into a bottomless black hole.

If you find yourself lagging behind, you can mess with the other players. Anyone can challenge another person to a duel: each player spends a portion of their power points, and whoever put down the most wins. The victor can take one of the other player’s Keys… or they can curse them. Each of the playable characters has a unique curse that limits the other player’s movement or actions. The vampiric Elizabeth Bathory’s curse will steal any Keys the afflicted player picks up, and the witch Anne de Chantraine turns them into a toad, who can move only one space at a time.

True to Atmosfear‘s roots as a video board game, random events occur during players’ turns. The Gatekeeper, the otherworldly guardian keeping you locked in the Other Side, will randomly tease you with guessing games, offer gifts, or demand a bribe so he won’t steal one of your Keys. These events could change the outcome of the game, or they might simply give you a few extra points. In a video board game, the random interruptions are part of the fun, as they are here too.

Atmosfear has ghoulishly delightful charm. The graveyards are suitably creepy, and the character designs, like the rotten-looking Baron Samedi, toe the line between scary, weird, and cool. The game pays attention to small atmospheric details: when you select character tokens, you grab them by punching through panes of glass, as if breaking an ancient seal and unleashing the evil within. 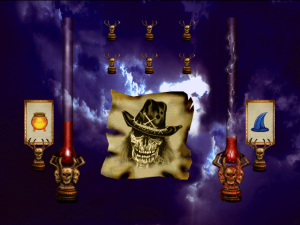 Duel your foes, then ruin their day

But this version of Atmosfear, at least, has a nasty current of negative energy. Being able to duel other players at any time is a surefire way to encourage players to antagonize each other with the net effect of slowing the game down by forcing everyone to move slowly or skip actions that would advance the game. And while in the original versions the Gatekeeper only appears as an occasional nuisance during the tape segments, he’s a constant presence in The Third Dimension, monitoring your progress, insulting your decisions, and calling you an idiot throughout the game. It could still be an enjoyable party game, just one where you need friends willing to sling mud, curse each other, and drag out a game that already starts slowly.

The greatest upside of adapting Atmosfear into a computer game is the level of flexibility and control it gives over rules and events that would normally be decided by a VHS tape. Instead of the Gatekeeper visiting players at pre-determined times, he can pop up randomly whenever the game wants him to. That keeps the game unpredictable and replayable. His appearances can be interactive now too, like playing blackjack with a wager to win or lose a Key. The game can also adjust length depending how many people are playing, which would be impossible with a prerecorded tape. (And it allows for one person to play against computer opponents or even practice the game rules alone, a nice feature if you wanted to learn how to play before inviting friends.)

The full-hearted embrace of the CD-ROM format doesn’t always improve the game. The first-person adventure game perspective just doesn’t work. The novelty is understandable for the time – with the power of your computer, you get to be inside the board! – but it narrows your perspective, disorients you, and makes it harder to find your way around when you could just view at the game board. You still can look the overhead board view, but the frequent need to consult the map is a strong indication that this new navigation method has problems. 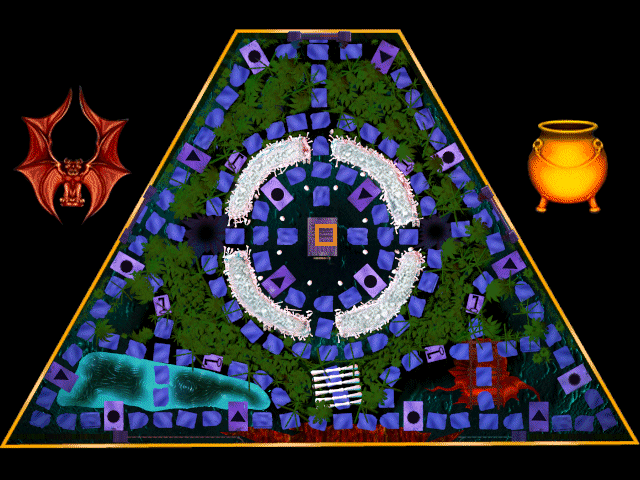 Thank goodness there’s still a board, because you’ll need to keep looking at it

Despite enhancements like the Gatekeeper’s new trickery, an Atmosfear game made this way couldn’t be confined to single CD-ROM. Like an actual board game, The Third Dimension sprawls out beyond the board with extra pieces and components. Here, it seems more like spillover. It came with physical cards that explain what powers the Keys give you, and they have miniature board maps on them for players to reference. In the original game, spooky ambient audio would play in the background of the tape; in The Third Dimension, the ambiance came on a separate audio CD to put in your stereo instead. Other games have supplements too, including digital board games, but in this case, the additional items in the box feel like Atmosfear has refused to conform to the shape of a computer game. 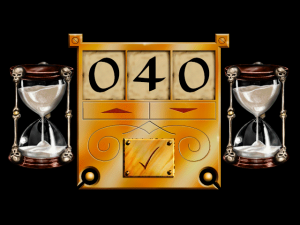 The tradeoffs of translating Atmosfear into a CD-ROM computer game are on display in the game’s finale. After one player has collected the six Keys, they move to the center of the board, where they must face their fears. The game chooses a random fear, and as long as it doesn’t match what the player picked at the start of the game, they win. In the board game version of Atmosfear, each player writes down their fear on a piece of paper and pulls one at random at the end. In The Third Dimension, they choose their fear from a pre-selected list, like fire, spiders, or the dark, so the game can reveal the randomized choice with a dramatic pre-rendered cutscene. It removes the personal touch from the ending so it can take full advantage of the CD-ROM’s exciting video capabilities to give the game the grand finale it was missing compared to just turning off the VCR.

That might not have been the right choice for a faithful adaptation of the game, but it was the adaptation that made sense for that moment. CD-ROM games were the hot thing. Much like video board games using a VHS, The Third Dimension was discovering in practice the best way to enhance an idea using newly popular technology. Some parts like the randomized events work better on a media-heavy computer game than a videotape. Others like the board movement didn’t need to be changed.

Whatever its choices, it presumes that you and your friends want to be jerks to each other. I have to think that even Rap Rat wouldn’t like that.