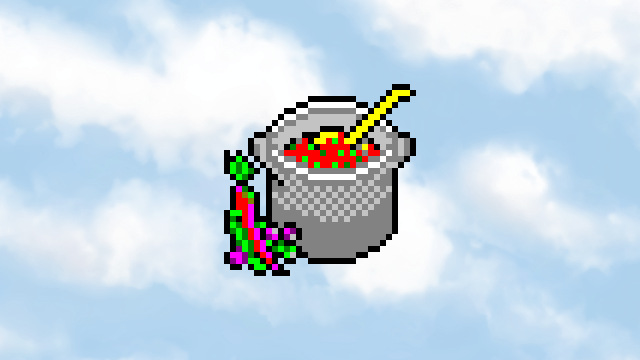 Last week, I hosted Cooking with Windows, a livestream where we made a three-course meal and cocktails from CD-ROM cookbooks. Thanks once again to my friends Jessica and Joe for lending a hand! You can watch the 3-hour stream here.

We went over five different programs spanning the full range of cooking software, from recipe databases to tailored multimedia showcases. What made for a better program? And perhaps most critically, was the food any good? Let’s compare… 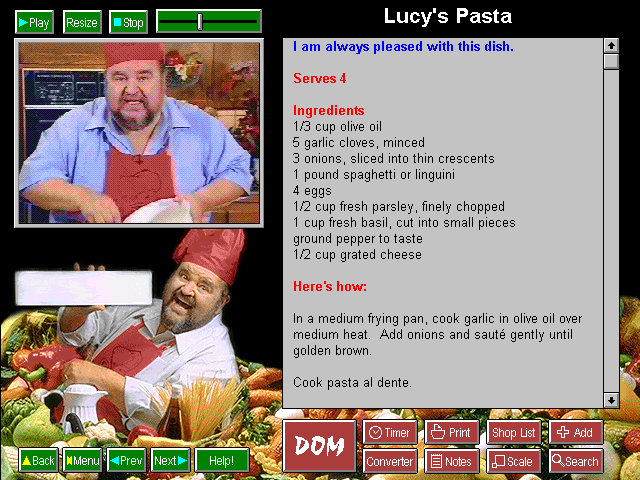 We started with the program with the most personality. Cooking with Dom DeLuise is the antithesis of the generic recipe book. The late comedian appears on every screen, usually screaming, laughing, or making sensuous cooking noises. One section of the CD-ROM contains videos of him preparing food with old computer equipment while the film crew audibly laughs in the background. Allegro New Media published the CD-ROM, but DeLuise is its indisputable author.

His touch extends beyond flair and appearance. Every recipe appears to come from his personal cookbook, including notes at the start of each recipe about which were his favorites or memories associated with them. The program has a much narrower recipe selection than the bigger, branded CD-ROMs, but Dom DeLuise probably tinkered with these meals for years and ate them himself (hence the emphasis on Italian home cooking with lots of eggs).

Dom DeLuise’s program is more personal and goofy as hell. We loved both quirks, even if we wouldn’t use it for everyday cooking. 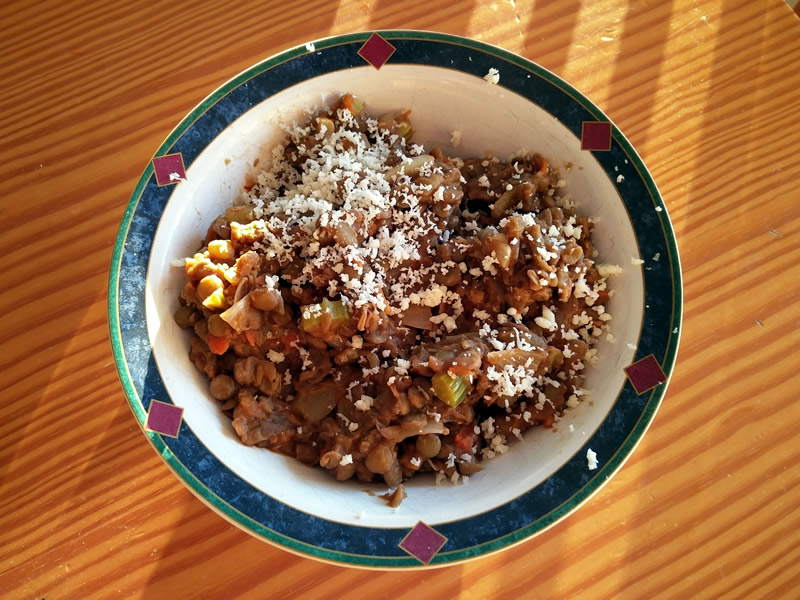 DeLuise’s soup recipe came out much thicker than we expected. It called for water only two inches above the lentils in the pot, and with all the added carrot, onion, and celery, it had a consistency more like a porridge or stew. The good news is that simmering for almost an hour softened the soup nicely. If it was mush, it was a flavorful, savory mush. We expect DeLuise’s other recipes are equally delicious and surprisingly heavy. 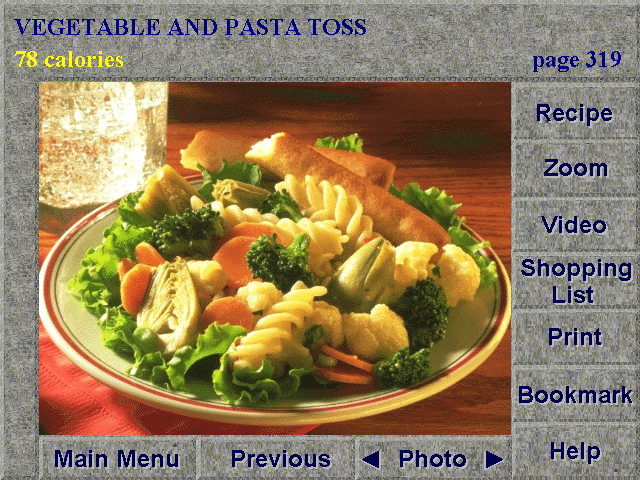 Although we didn’t prepare a meal from Better Homes & Gardens Healthy Cooking, we had to take a tour of this program. BH&G‘s cookbook plunges right into aesthetic limitations of Windows 3.1, plinky MIDI music and all. An attempt to compress images to fit the operating system’s limited palette renders the pictures of food slightly beige and revolting. The grainy video tutorials were my favorite part; clips on different cutting techniques are helpful, but did we really need a narrated video of how to boil water?

We chose to eat vegetarian for the stream, so we skipped over this program for its poor organization and search tools. The selections without meat weren’t particularly appealing either (Joe fiercely objected to the Tofu Manicotti, a dish that doesn’t have meat to begin with). In fact, this program had more microwave meals than vegetarian options. That’s weird, right? 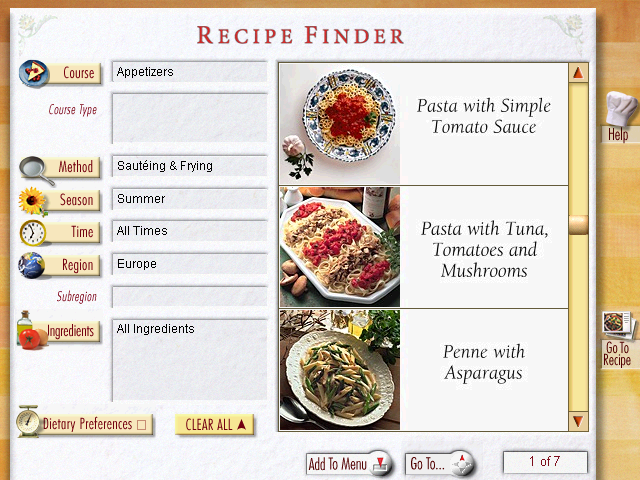 As we determined during the stream, Broderbund seems to have adapted this CD-ROM from a series of Williams-Sonoma cookbooks. Their program has 1000 recipes, and befitting the upscale Williams-Sonoma brand, its features blow away all the other cookbooks. The Recipe Finder sorts by ingredients but also course, season, cooking technique, and region. (It may actually be too granular. Looking up Moroccan recipes returns only four options.)

The degree of control is unmatched by any other cookbooks we tried – or any service I can think of, really – and the rest of the program matches that thoroughness. You can quickly look up what equipment you need for each recipe and a glossary of terms explaining tools, techniques, and ingredients. If you wanted to learn about the differences between blue cheeses in 1996, this was the place.

The dish: Gorgonzola and walnut pizza 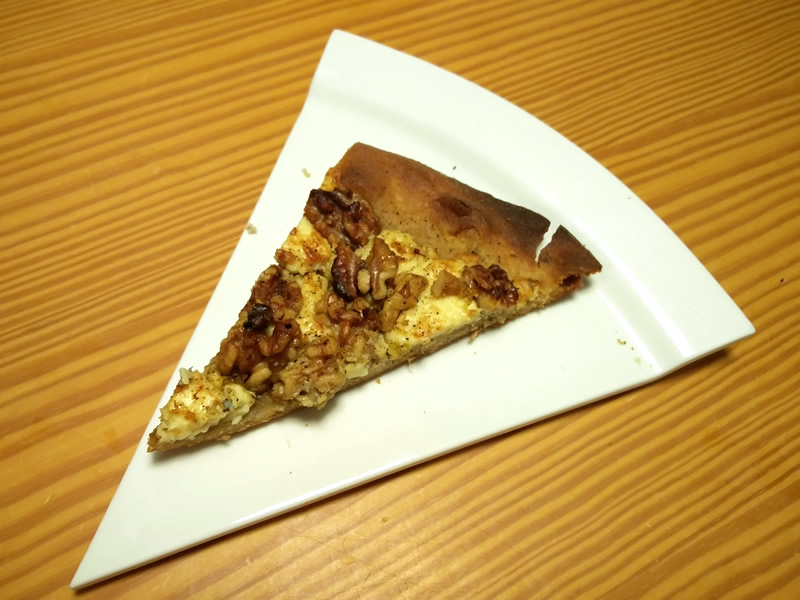 We took a chance with this non-traditional pizza, and it turned out better than we expected. The Gorgonzola cheese was almost overpoweringly salty, though it paired well with the fatty walnuts and oil. (Again, this isn’t “Healthy Cooking.”) The stream chat encouraged us to add more walnuts than we probably should’ve, and in retrospect, it would’ve been wiser to put them under the cheese to stop them from slipping off. 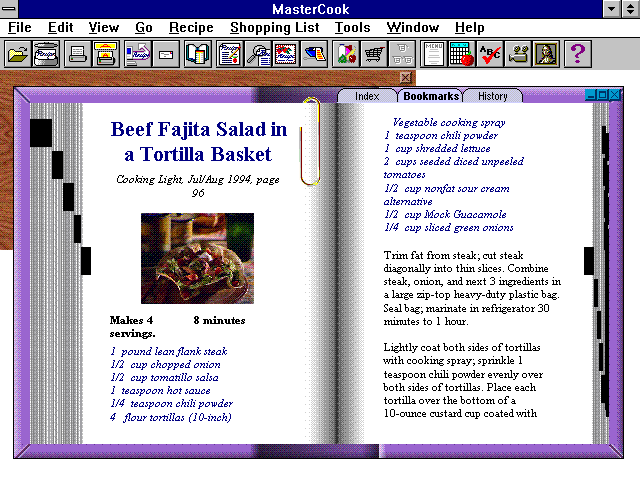 MasterCook represents the other end of the digital cookbook spectrum from Cooking with Dom DeLuise. It’s a recipe database manager designed to hold thousands of recipes. Although it has tutorial videos and (small, too dark) pictures for select meals, the MasterCook series lacks the intimacy or personality of the previous programs. It compensates with sheer volume.

This edition of MasterCook compiles years of recipes from Cooking Light, a healthy eating magazine. It is truly a behemoth. The search options behave closer to a library catalog search than the Williams-Sonoma filtering – powerful for navigating a giant collection if unfriendly for a quick meal.

The program seems intended as a halfway point between a physical cookbook and an all-digital experience. One mode presents the recipes as a gigantic, skeumorphic 2000-page cookbook to flip through page-by-page and bookmark with paper clips. Two decades removed, the presentation is cute but no longer a vital set of training wheels for figuring out how MasterCook works.

(As a bit of trivia, MasterCook was released by Sierra, the same game publisher famous for King’s Quest and other adventure titles. This was one of their first steps in developing the short-lived Sierra Home brand, which included tools like Sierra Streets, Sierra Home Architect, and the Print Artist series purchased from Maxis. The stream chat had fun coming up with Sierra food puns; the winner was definitely The Yeast Within.) 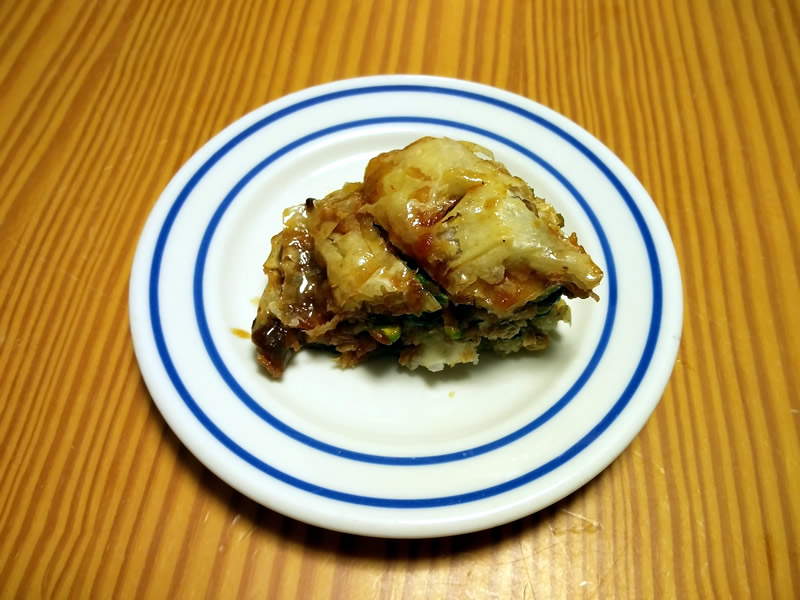 Holy shit, this was rich. The orange sauce to top the baklava required almost a full cup of honey, and the baklava itself had ⅓ cup sugar between the layers. The recipe substituted butter-flavored cooking spray for butter between the layers to justify it as a light recipe, but I may have taken a week off my life eating the leftovers. Our standards for what constitutes light cooking have probably changed since this CD-ROM was published. Regardless, we strongly recommend this for every meal of the day. 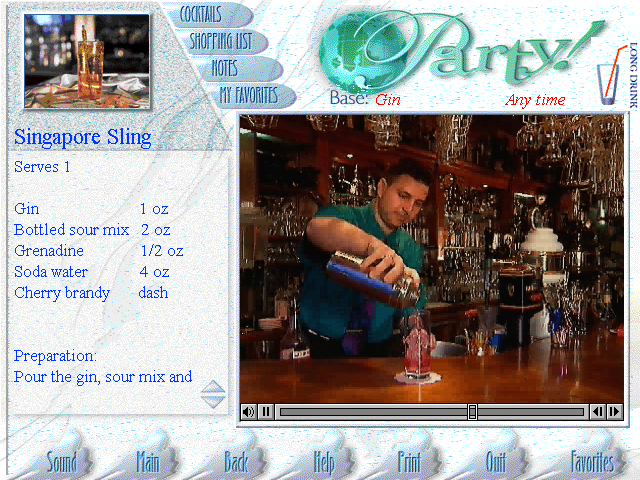 If our evening had one disappointment, it was Cocktail Hour, part of Tel Aviv developer Arome Interactive’s Art de la Table software series. We expected the 90s CD-ROM cheese, like the terribly edited videos showing bartending tricks straight out of the movie Cocktail or the soundtrack apparently performed by a narcoleptic Santana. We didn’t expect the cocktails to be so inaccurate.

Joe is a drink connoisseur, and he and Jessica were confused by this program’s spin on classics like a Manhattan and a sidecar. Cocktail Hour‘s versions add sugar, grenadine, lime juice, and other inappropriate ingredients; trying them side-by-side with Joe’s preferred versions, they don’t improve the drinks at all.

The program has problems with over-filtering too. A list of potential whiskey drinks omitted an Old Fashioned because it uses “blended whiskey” specifically. Why bother with that distinction? The other material, such as a party planning guide and a history of cocktails, is too slight to warrant much comment.

(I’m curious about the rest of the Art de la Table series. Cocktail Hour wants to be the complete package for mixology, and I wonder if Arome fared better with the other culinary topics they covered.)

Whatever the unique merits and weaknesses of these programs, we don’t use them today. Would we have ever used them, though?

All the programs we sampled were released during or after 1995. They had a narrow window to thrive, the 5–6 years between the widespread consumer adoption of CD-ROMs and the point when the internet obsoleted the format. (My copy of the Williams-Sonoma cookbook supports Windows XP, suggesting it was still published through at least 2001.) Like the CD-ROM itself, they were transitional. MasterCook had to bridge the gap between a traditional cookbook and whatever digital format came next. They needed an audience willing to manage recipes on their computers when a multimedia home computer was finally becoming more than a novelty.

Would we have made that leap? Jessica shared that in the mid-90s, her family’s computer was too far from their kitchen to use it as a cookbook or take advantage of timer features and video tutorials. That’s anecdotal, of course, but it speaks to the challenges of convincing people to place a multimedia computer at the center of their lifestyle. If your computer was in your home office, how would you get the most out of Cocktail Hour?

Browsing recipes in the kitchen on your phone or grabbing a book make more sense than sitting down at a computer to print out recipes. These CD-ROMs offered a pinch from each of those – the curation of a cookbook and the malleability of a digital collection. The combination remains unique, but it arrived in a format and time that may have dampened those benefits.

Striking right in the middle also created opportunities for things like Cooking with Dom DeLuise. I can’t think of much else like it (personality-authored lifestyle software) except for maybe The Rock Clock. Quick, someone convince The Rock to make a cooking app!